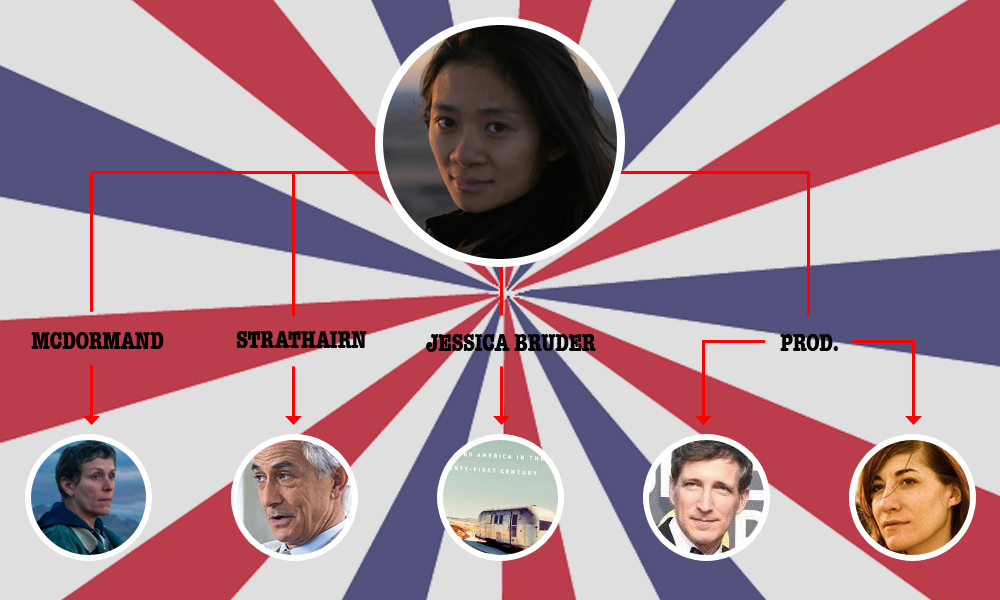 Much like the invisible folks presented in this future film, Chloé Zhao was pretty much working off our radar with her third feature. A book to film project, Fox Searchlight Pictures announced that they nabbed the rights to Nomadland which features Frances McDormand, David Strathairn and newbie players Linda May and Charlene Swankie. A Highwayman Films, Hear/Say Productions and Cor Cordium Production, the film is produced by Frances McDormand, Peter Spears, Mollye Asher, Dan Janvey and Chloé Zhao. Looks like production took place late last year and if it follows the pathway of the book, would have used backdrops of North Dakota all the way up to California. From Zhao:

“As I fell in love with the American west, it was impossible not to become fascinated with the roads that lead to the many adventures beyond the horizon. I’m very fortunate to be able to hit the road with a talented team and collaborate with a cast of professional and non-professional actors who are deeply giving and inspiring. I can’t wait to share their stories and what we’ve discovered along the way.”

Gist: Based on the non-fiction book Nomadland: Surviving America in the Twenty-First Century by Jessica Bruder, this follows Fern (McDormand), a woman in her sixties, who after losing everything in the Great Recession embarks on a journey through the American West, living as a van-dwelling modern-day nomad.

Worth Noting: Peter Spears who optioned the book with McDormand, was a producer on Call Me By Your Name.

Do We Care?: Already in prep mode for Cannes with Wendy possibly shoring up, seeing that Chloé Zhao is already two for two with the fest, could Fox Searchlight be giving us advance notice on a comp title? We’re privy to the likes of
Andrew Haigh’s Lean on Pete, The Overnighters and lower hanging fruit protags without 401Ks. This could be a miracle of a film. 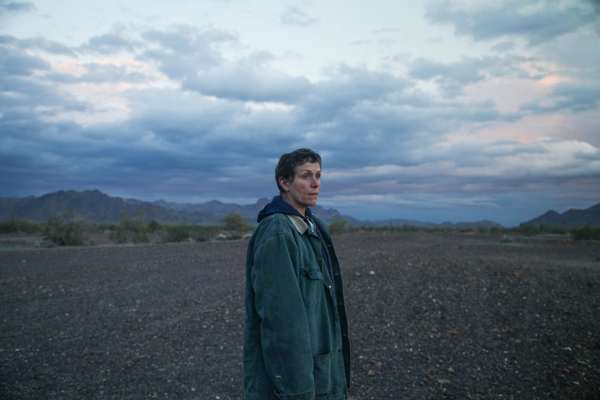