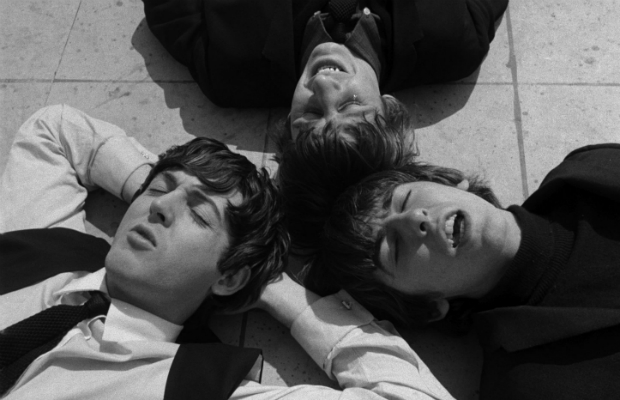 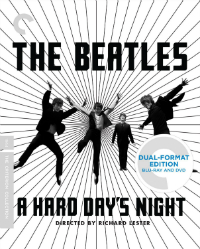 Let’s be honest, who doesn’t have a deep seeded love for the fab four? How could anyone resist those Liverpool lovelies, with their matching suits, Rickenbackers, mop tops and an ever growing catalogue of unbelievable hooks? It’s possible that before 1964, anyone outside of Britain might not have heard of The Beatles, but after A Hard Day’s Night took international cinemas by storm, there was no denying it – the British invasion had begun, and John, Paul, George and Ringo were the faces of this new pop movement, a new set of idols for teens to fawn over and an absolute force of creatively catchy songwriting. Helping craft and simultaneously critique their cheeky rock star image, Richard Lester’s monumental faux day-in-the-life documentary of the band became a comedic musical masterpiece that set the blueprint for music videos decades before Video Killed the Radio Star set us off into the abyss of MTV.

The concept was simple: take the quartet of non-actors and place them in situations they are more than familiar with – running away from screaming fans, joking through the inquisitions of press, shuffling from one sheltered room to another by managers, agents and cranky publicists – and let them be more or less themselves, the events occasionally culminating in musical performance. Narratively speaking, the arc was to get the band from one locale to the next for a live on air taping of a new track, but of course there needed to be some hurdles, so a very clean version of Wilfrid Brambell, who was at the time well known for his role in Steptoe and Son as a notoriously dirty old man, was enlisted to play Paul’s trouble-making grandfather who tags along for the trip and sends Ringo off to contemplate his manhood. Like a 60s pop take on the Marx Brother’s beloved formula mixed with a set of newly recorded tracks, the film remains a cultural classic that rides on the natural charisma of its budding stars.

And sure, the wise cracking boys on screen were and still are plenty lovable, but the tracks that they recorded for the soundtrack are among the best, most beloved the band ever conceived. From the incredible up tempo hook in the title track that plays over the opening credits and footage of the band fleeing from a mob of screaming fans, to Can’t Buy Me Love, played aloft a playfully subjective montage of the band running about in a field. Like a traditional musical, nearly every track plays out in its entirety, nine in total, with three additional pieces functioning as transitional samples, yet their presentation within Lester’s version of their life never feels forced or awkwardly unnatural. On the contrary, The Beatles seem at their most organic when performing for an audience of adoring fans, as in the musical apogee of their ear worming final number in She Loves You. With a love like that, we know we should be glad, and we are, quite glad, indeed.

As we’ve come to expect from both The Beatles and Criterion, this release is absolutely stacked with memorably massive musical hits, sharp film criticism and historically rich extras. Digital restored by the Criterion team from the original camera negative, the feature looks as though it’s a brand new film shot on black and white film. It looks astounding. Not a single blemish or color fluctuation can be detected over the course of its entire running time. Audiowise, the film absolutely soars. Remixed and remastered by producer Giles Martin at Abbey Road Studios, the disc packs three different options, a monaural track, a 5.1 DTS-HD master track, or a stereo track, all of which sound fantastic – on par with the Beatles’ catalogue digital remasters that were released five years ago. Being that this release is one of Criterion’s dual releases, the Blu-ray comes packed along side two DVDs and a thick little booklet inside a stylish digipack and slipcase.

Audio Commentary
This is a jam packed commentary track featuring the likes of actors John Junkin, David Janson, and Jeremy Lloyd, cinematographer Gilbert Taylor, associate producer Denis O’Dell, second assistant director Barrie Melrose, assistant editors Pamela Tomling and Roy Benson, and more! You’d think with so many voices to hear from, it’d be a confused mess, but people come in and out, announcing themselves and commenting on specific moments of their direct involvement. A wonderfully informative, lively conversation.

In Their Own Voices
Pieced together with audio from interviews conducted during the 1964 American tour after the film’s release, this short sees the Beatles speak on their recent experiences making their first film. It also features a bunch of behind the scenes video from the making of the film. 18 min

Anatomy of a Style
Deconstructing five of the musical sequences within the film, story editor and screenwriter Bobbie O’Steen and music editor Suzana Peric speak on how scenes were pieced together, why each is so different from the next and why they all work to build the free flowing style that mirrors the Beatles’ music. 17 min

“You Can’t Do That”: The Making of “A Hard Day’s Night”
Produced as an hour long TV special hosted by Phil Collins (who as a teen was an actual extra in the film), this lovely little extra contains a wealth of behind the scenes footage from the shoot, as well as copious interviews with those involved with its making. Roger Ebert is within declaring the film to be one of the all time greatest on screen musicals. Most intriguingly, it also features the song “You Can’t Do That”, which was cut from the film, as well as plenty of fun tangential stories. 62 min

Things They Said Today
Another retrospective documentary, this one produced in 2002 and mostly focuses on how the film came to fruition, features interviews with director Richard Lester, music producer George Marin and a variety of other crew members from the film.

The Running Jumping & Standing Still Film
A short directed by Richard Lester in 1959 and starring The Goons – Spike Milligan, Peter Sellers, Graham Stark and Bruce Lacey – that was nominated for an Oscar for best live action short. It’s got plenty of filmic artifacts that could use to be cleaned up, but it’s none-the-less quite good absurdist slapstick fun and a great example of why Lester was chosen to direct The Beatles’ first film. 11 min

Picturewise
Written and directed this year by film critic and filmmaker David Cairns, and narrated by Rita Tushingham, this short film highlights the influence of Richard Lester’s early work and deconstructs the facts that led to A Hard Day’s Night. Newly minted, this fresh little short is the best piece of criticism on the disc. 27 min

The Beatles: The Road To A Hard Day’s Night
This is an in depth interview with Mark Lewisohn, author of The Beatles: All These Years, Volume 1 – Tune In, speaking about the Beatles’ career leading up to the film. It’s a scholarly little history of the band’s early days. 28 min

Booklet
One of Criterion’s most beautifully constructed paper supplements to date, this dense booklet features an essay by Howard Hampton, an interview with Richard Lester from 1970 conducted by J. Philip DiFranco as well as a wealth of film stills and photos that are referred to throughout the lengthy conversation.

It’s hard to imagine a finer release for The Beatles’ on screen debut. The presentation could not be better, the extras are copious and poignant and the film itself remains as charming, funny and cinematically inventive as ever. Hats off to Criterion once again for another outstanding release.