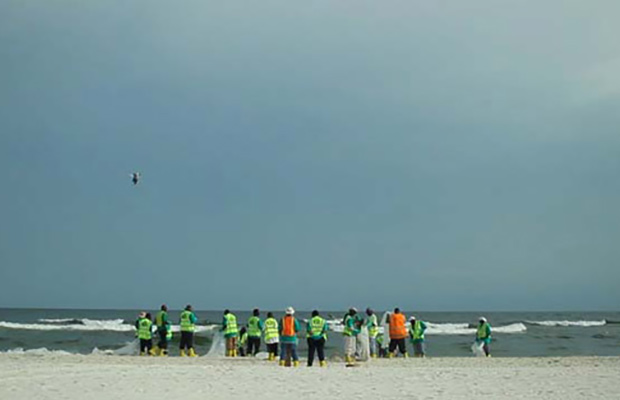 We jumped the gun with our predictions list in 2012 including The Great Invisible among our hopefuls – but forgive the pun, we hope that Margaret Brown shores up in ’14. Brown turned heads in 2004 with Be Here to Love Me: A Film About Townes Van Zandt, and that alone pretty much wowed all festival programmers including the Sundance folk, who made sure she received red carpet in a tent status for 2008’s The Order of Myths. A filmmaker with Alabama in her blood, we can imagine that the subject came to the filmmaker and not the other way around. After receiving funding/support/coin from Sundance Institute Documentary Film Program, Cinereach and the Gucci Tribeca Documentary Fund (2011). Everything indicates that the better part of the year she was deep in post-production for what should be an affecting, visually sturdy portrait.

Gist: Margaret Brown’s new documentary is an investigation into the personal stories behind the tragic 2010 BP Oil Spill. The film uncovers how government and corporate interests respond in the wake of an environmental crisis, and the way this affects a region and culture so rooted in nature.