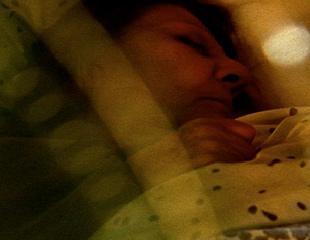 Venice Critic’s Week have released their seven film (plus two) slate and have managed to lasso Swedish actress Pernilla August’s highly anticipated directorial debut Svinalängorna, or what I’ll now be calling by the simpler title of Beyond. A mostly European group of seven, the section is modeled much in the same way as Cannes Critic’s Week: promising works from first-time filmmakers. The opening film, Carlo Mazzacurati’s Notte Italiana is actually a 1987 flick that must be a silver year anniversary kind of presentation and the closing film comes from the Philippines in Gutierrez Mangansakan II’s Limbunan.

Last year the most “noteworthy” title from the sidebar was an out of competition showing of Erik Gandini’s Videocracy which would receive a preem in Toronto, but this year I’d say more than one title has a chance at crossing over to TIFF. Here is a quick listing of the titles, with a uniting theme of several pics being one of self-identity and the challenges of living in these economically difficult times.

Angele et Tony – Alix Delaporte
A Golden Lion for Best Short Film at Venice 2006 for How Do You Brake Going Downhill?, Delaporte’s pic tells the story of an ex-convict who tries to regain a stable life in an effort to get her child back. This stars Clotilde Hesme.

Beyond – Pernilla August
Noomi Rapace stars in this film based on Susanna Alakoski’s August-prize winning novel, Svinalängorna tells of Leena, a 34 year-old woman, living in Stockholm with her husband and two daughters. When she receives a phone call informing her of her mother’s death in Ystad, her troubled past as a young girl, raised by Finnish/Swedish alcoholic parents, comes back to haunt her.

Hai Paura Del Buio – Massimo Coppola
This is a drama in which the lives of two young women, one Italian, one Romanian, intersect in the Fiat factory where they both word.

Homeland – Syllas Tzoumerkas
This is a meditation on the country’s current unrest, In a country shaken by major political events, three generations of a Greek family clash over an inside-the-family adoption.

Martha – Marcelino Islas (See pic above)
After 30 years as a filer at a Mexico City insurance company, life is suddenly turned upside-down for 75 year-old Martha when a computer is brought in to replace her. Once she is fired, life has lost all meaning for Martha. With no one around she can trust and with nothing else to live for, she decides to end her life. Compelled by her circumstances, with the help of Eva, the young woman in charge of transferring the files to the computer, her thrilling journey towards death will surprisingly lead her…to life.

Naomi – Eitan Zur
Ilan, the Astrophysics professor, is married to the younger and very beautiful Naomi. One day, he finds out that his wife has a lover… A film about guilt, love and unlimited devotion. Based on the best-selling novel by Edna Mazya, one of Israel’s most successful playwriters.

Papa – Vlado Skafar
A relationship between father and son.