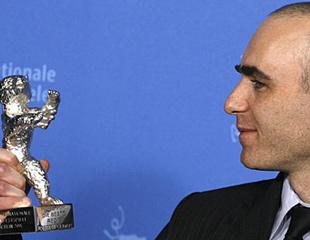 In the past few months, there has been a handful of Israeli films that were released locally but took a plunge at the box office as of the opening weekend. Most critics warmly welcomed most films, but the audience didn’t. The Israeli movie industry is puzzled as to the sudden change in taste on the part of its public. Perhaps the movies this year were rather good, but far from the artistic heights of Beaufort or Waltz with Bashir. Maybe it’s because most films this year were adaptations of books, and the Israeli viewer is reluctant to see those on the screen (in previous years most Israeli films were written directly for the screen.; Maybe it’s the concentration of too much Israeli releases in a relatively short time (usually, most Israeli releases are scheduled for the Summer season, aiming to profit from the media attention they get from screenings in the Jerusalem Film Festival in July, and from the Ophir Award Ceremony in September). Maybe the bigger titles such as Inception and This is Sodom took up too much room?

The first test of the new year, comes in January when Mabul-Flood is scheduled to be released. It’s a moving crowd-pleaser, packed with local stars (Ronit Elkabetz, and Ophir winner Michael Moshonov, to name but a few– all of them in top form) that should easily find the path to everyone’s hearts. Hopefully this will resolve the crisis Israeli films are at right now.

Looking a little bit further down the line, the first of the 2011 Israeli film harvest is scheduled to be released in late March. The film is entitled Footnote, and it is Joseph Cedar’s long awaited follow-up to the Oscar-nominated Beaufort. Surprisingly enough, Cedar shied away from big productions after the impressive war movie he directed in 2007. His new film is expected to be much more humble. It will tell the story of two professors competing each other, as both of them are up for a prestigious award. Those two professors are also father and son. The film will see the return of Shlomo Bar-Aba to the big screen after 22 years (he spent most of this time on the theater stage. The son will be played by Lior Askenazi (Late Marriage).

Joseph Cedar’s previous film was released in March 2007 and became a huge box office hit. It profited from lack of Israeli “traffic” in Winter and from a Best Director award win at the Berlin Film Festival the month earlier. It seems that Cedar (who is personally familiar with the film’s plot, as his father is an award-winning bio-chemist) is looking to re-create the artistic and box-office success of Beaufort — and don’t be surprised if it is slotted for the upcoming Berlin Film Festival.