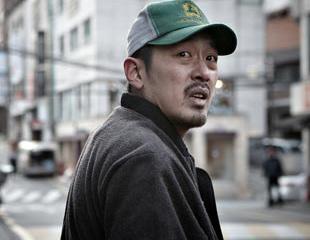 WKW is definitely not ready. Pedro isn’t feeling the pressure to deliver and according to Screen Daily, Terence Davies, Andrea Arnold and Philippe Garrel would apparently still be stuck in post and would be tipped for a Fall premiere. The trade published their list of possible titles of which you’ll find plenty already mentioned on our 60 Predictions list six weeks back (which is worth checking out as there are several titles that SD don’t mention in their report including, Giorgos Lanthimos’ Alps). We’ll focus on the titles that they mentioned and that we didn’t.

Judging by the already established relationship that the Croisette has with Kung Fu Panda, I don’t think that this is a Pixar year in Cannes (they did show Up). We should see part II of the Panda franchise and not Cars 2 which receives a release a month later (way too early). Depending on the screening status of Terry Malick’s Tree of Life, I also doubt that Fox Searchlight would want to show the already completed film starring George Clooney in The Descendants. The trade also mentions Nicolas Winding Refn’s Drive but I think the FilmDistrict folks would definitely want to show a Gosling film at TIFF instead. As for expect Universal, I don’t expect them to bring out their tentpole/Independence Day weekend pic Larry Crowne this early in the game. So that’s four that we don’t see happening.

The trade does cast a wide net for French film offerings — which makes plenty of sense because Thierry Fremaux and co.’s yearly quotient not only the art-house selections I mentioned in my predictions piece but also a handful of oddball titles that normally wouldn’t sit well with film snobs. For various reasons I didn’t include these title Xavier Durringer’s The Conquest (not in the same year as Woody’s Midnight in Paris), Julie Delpy’s The Skylab (generational comedy), Ismael Ferroukhi’s Free Men (one Tahar Rahim film might be enough), Maiwenn’s Poliss (the quality would need to be there and Wild Bunch already has too many potential titles), Michel Hazanavicius’ The Artist (slim Out of Comp chances) and Andre Techine’s Unforgiveable (needs to be stronger than most items selected in the Main Comp to be included).

Of the remaining five titles that I didn’t mention, with the exception of Nikita Mikhalkov’s The Citadel: Burnt By The Sun 3 (part two got burned last year so I don’t see this finding any room) I like the chances of these four titles:

Code Blue
The Netherlands could be represented by Urszula Antoniak — after sweeping Locarno with Nothing Personal she quickly jumped on this project which was a 2010 Cannes Cinéfondation The Atelier project that shot late last year. This tells the story of Marian – a middle aged nurse and a secret poisoner – lives in two worlds. Our world, where she is a nurse, a colleague, a sister. When declared sick or dying, some of us are sent to her world – Planet Hospital. Marian is one of the white-uniformed, efficient distributors of help. Death is a taboo in our world. But not in hers.

Elena
I didn’t think Andrey Zvyagintsev was ready with his follow up to 2007’s The Banishment (Main Comp selected title) but apparently this is in the can and ready. The project already a winner of the Sundance/NHK International Filmmakers Award is about an elderly woman who has lived with her rich husband in a large, comfortable home tries to rescue her alcoholic son from poverty and give his family the opportunity for a better life that she alone could not provide. Andrey Smirnov and Nadezhda Markina star.

Hanji
I first started hearing about Im Kwon-Taek’s 101st film being ready for last year’s Cannes — it has been in post since last autumn. This is about a journey of learning and discovery about Jeonju’s traditional rice paper hang. Park Joong-hoon plays a civil servant who sets out to restore the cultural tradition of making hanji with Kang Soo-yeon’s character, a broadcast documentary producer. The film experiments with documentary and fiction by putting actors in the roles of real people and actual hanji masters in the roles of themselves.

Yellow Sea
Hong-jin Na came to the fest with The Chaser back in 2008, starring Jung-woo Ha (see pic above) – this follows the story of a taxi driver in Yanbian Korean Autonomous Prefecture in China, who is offered to carry on an assassination mission to South Korea in order to pay off his mounting debts. He takes the job without knowing much about his target. This would be pegged with an Out of Comp slot if selected.