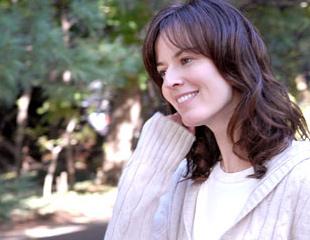 Who has time for low budget indie films when you’re being offered lead parts in the latest for Terrence Malick’s latest project, Terence Davies’ The Deep Blue Sea and will reteam with Fernando Meirelles on 360. This happens to be the case for Rachel Weisz, who is forced to vacate from the Seattle indie, but in her place we find perhaps a better casting choice in Rosemarie DeWitt. The actress best known for perhaps her supportive sister role in Rachel Getting Married, will take on the “older sis” role in what appears to be some sort of triage drama that we guess would undoubtably see Mark Duplass fall for the younger sister in Emily Blunt. I was under the impression that shooting had already begun on the Untitled Lynn Shelton project, which should soon be the case if the trades are mentioning the current switcheroo.

Gist: Described as a semi-improvised project, Mark Duplass plays a man who comes between the two sisters to be played by Rosemarie DeWitt and Emily Blunt. Much like Humpday, we should come to expect the unexpected under Shelton’s direction. We really liked Blunt in the sister role she took in the comedy-noir pic, Sunshine Cleaning.

Worth Noting: In 2011, we’ll be seeing DeWitt look a couple of years younger in the long delayed Kenneth Lonergan pic, Margaret.

Do We Care?: We totally dug portions of but didn’t do backflips for Humpday, but we’re still very much intrigued by Shelton’s process.