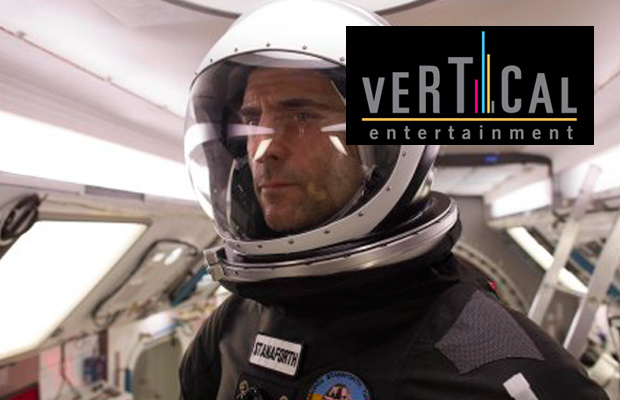 A project we’ve been tracking for the better part of half a decade when it was known as “Ad Inexplorata” and was part of numerous labs including Sundance’s Screenwriters Lab, Mark Elijah Rosenberg‘s directorial debut will have bypassed the film fest route and has been set-up with a day and date (June 3rd) release via Paramount Home Media Distribution and increasingly busy distrib label Vertical Entertainment. Now going by Approaching The Unknown, what happens to also be news to us is that Luke Wilson and Anders Danielsen Lie (Joachim Trier’s Reprise, Oslo, August 31st and Assayas’ Personal Shopper) figure among the cast which includes Sanaa Lathan, Charles Baker, Bettina Skye and is toplined by Mark Strong. Deadline reports that Paramount is also handling U.S. ancillary platforms as well as worldwide distribution, excluding Japan, Korea, Taiwan, Middle East, and South Africa. Look for media and first looks to be released shortly.

Gist: Captain William D. Stanaforth (Strong), is a NASA pilot alone on a one-way mission toward the unknown. Faced with mechanical problems, physical suffering from long distance space travel. Watched by the entire world, he is completely alone, and when the trip takes a toll on the ship’s life support systems, he is forced to make impossible choices that threaten his sanity, mission and very existence.

Worth Noting: Rosenberg is the rounder of Rooftop Films. The summer outdoor cinema series should be announced shortly.

Do We Care?: What may be a nice 2016 companion piece to Matt Johnson’s Operation Avalanche, we’re willing to boldly go where no man has gone before with this indie item.