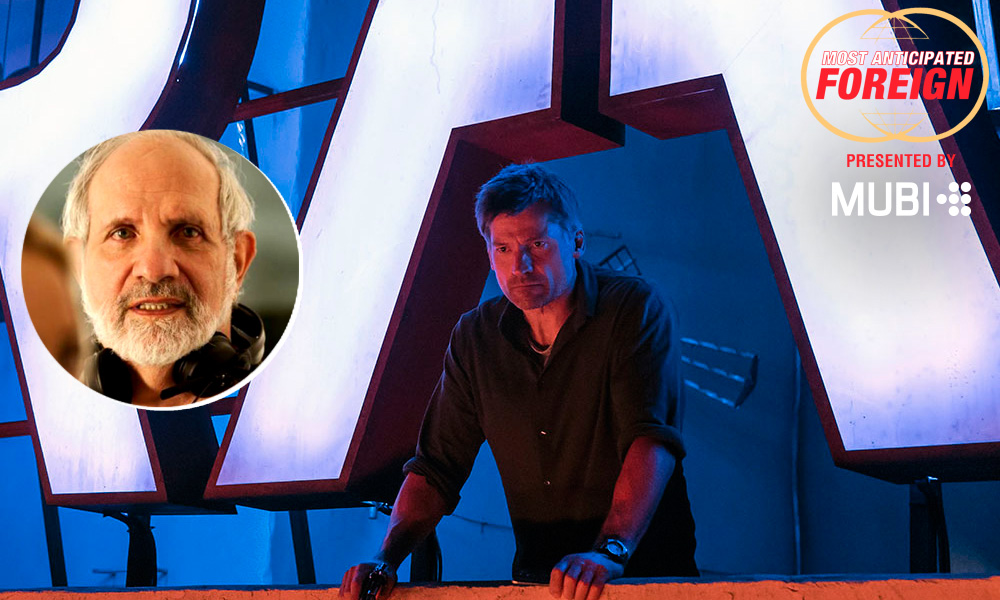 It’s been six years and several failed projects later, but American auteur Brian De Palma is back with his latest, Domino, a Copenhagen set crime thriller written by Norway’s Kon-Tiki (2012) scribe Petter Skavlan. The French/Danish/American co-production is headlined by Nikolaj Coster-Waldau and Carice Van Houten (who replaced the originally announced Christina Hendricks) as a pair of Danish cops who go rogue in order to hunt down the responsible party for the death of Waldau’s partner. Little do they know, the culprit works for a CIA operative on the trail of an ISIS terrorist cell. Though this seems a return to more topical climes for De Palma, who won the Silver Lion in Venice for 2007’s Redacted (and hopefully won’t be confused with the 2005 Tony Scott thriller of the same name), we’re hoping for the punchy, viscerally inclined excess of De Palma’s vintage years.

Release Date/Prediction: Any news of a Brian De Palma feature is an exciting occasion, and while English language thrillers set in foreign cultures tend to feel a tad compromised, we’re excited to see what De Palma has in store for us. Currently in post-production, where the title lands eventually ends up is another matter. Currently without US distribution, we can expect the film to unfold somewhere along the festival route. De Palma hasn’t been in Berlin since 1968 with Greetings (which did win the Silver Bear), and has never premiered out of Cannes. Venice seems to be the cherished breaking point for the auteur, who has competed four times (Raising Cain, 1992; The Black Dahlia, 2006; Redacted, 2007; Passion, 2012), so chances are high we may seem hit Venice and TIFF if Domino doesn’t appear at an earlier festival.