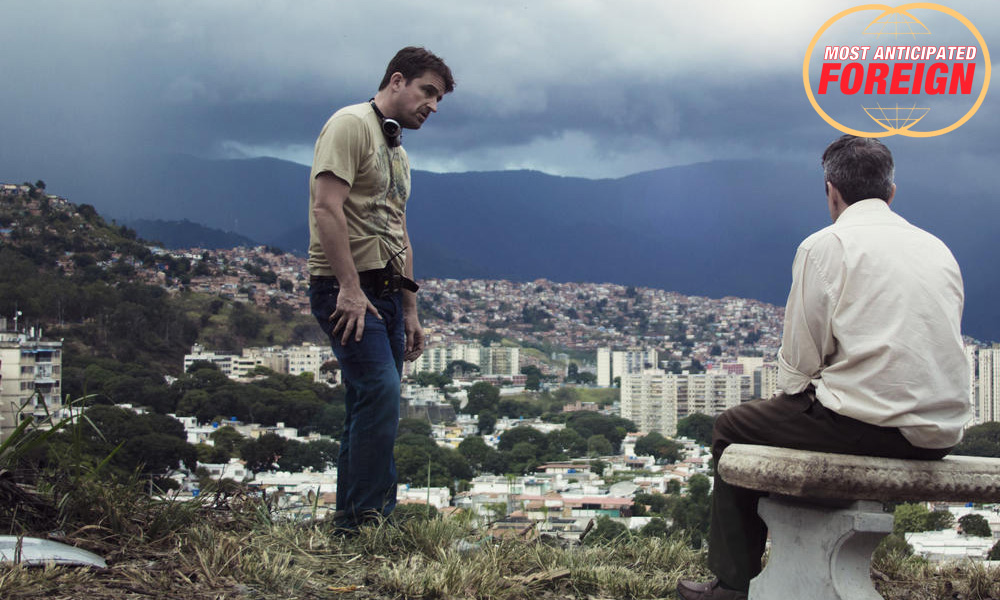 Lorenzo Vigas should finally be ready with his long-gestating sophomore feature The Box, which is meant to conclude his paternity-themed trilogy which began with his 2004 short film “Elephants Never Forget” and continued with 2014’s From Afar (read ★★★★ review). Vigas is producing alongside Lucia Film’s Michel Franco and Jorge Hernandez Aldana. The title is being executive produced by Los Angeles based Ivanhoe Pictures. The film stars Hernan Mendoza of Franco’s 2012 title After Lucia alongside newcomer Hatzin Oscar Navarrete. Lorenzo’s debut From Afar took home the Golden Lion from the 2014 Venice Film Festival, making him the first Venezuelan director to hold this distinction. His 2016 documentary The Orchid Seller also premiered out of Venice.

Gist: The Box, co-written by Vigas and Argentinean filmmaker Paul Markovitch, is the story of a young buy on a mission to collect what he believes to be his father’s remains only to get sucked into the underbelly of the migrant industry in Mexico.

Release Date/Prediction: Vigas shot The Box in Chihuahua, Mexico in April of 2018. As a previous Golden Lion winner, we’d expect producers to be vying for a competition slot in either Berlin or Cannes.