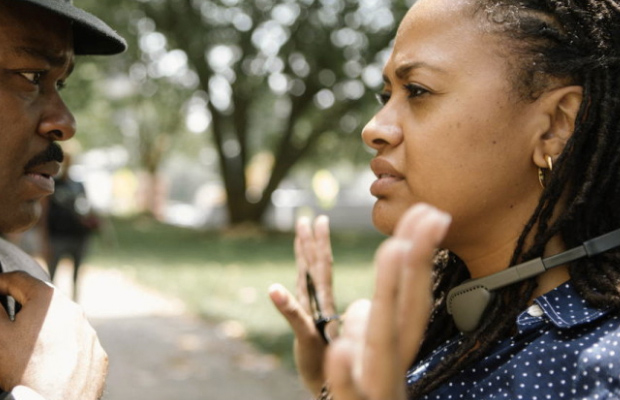 A Wrinkle in Time

Years from now, director Ava DuVernay will continually be referenced for a dizzying amount of incredible firsts (many of which unfortunately serve as a reflection of the tiresome and slow progression allowing for varied perspectives in popular English language cinema). She was the first black woman to win Best Director at the Sundance Film Festival (Middle of Nowhere, 2012), the first black woman to direct a film receiving an Oscar nod for Best Picture (Selma, 2014), and in 2018, the first black woman to direct a studio film budgeted over a hundred million with A Wrinkle in Time, an adaptation of Madeline L’Engle’s 1963 Newbery Medal winning sci-fi fantasy novel. Adapted by Jennifer Lee (co-director of Frozen), DuVernay has amassed an intimidating cast, including a reunion with Oprah Winfrey, who starred in Selma, and whose network OWN developed DuVernay’s lauded television series “Queen Sugar,” which will have a second season in 2017.

Release Date: Since her excellent 2010 debut I Will Follow, DuVernay has become an impressive force to be reckoned with, challenging herself across a dizzying number of projects and platforms (including the short film The Door, which went to Venice 2013, television projects such as a compelling portrait of Venus Williams with Venus Vs. for ESPN’s “Nine for IX” series, and “Scandal,” plus she unveiled a surprise documentary project this year with The 13th, an excellent portrait of the troubling history of racial injustice within the criminal justice system—and also the first documentary to open the New York Film Festival). An auteur who has become accustomed to creating magic on a shoestring budget, we’re more than excited to see what she’ll accomplish with the beloved children’s novel A Wrinkle in Time (because keep in mind, DuVernay was the first name approached by Marvel to direct Black Panther, an offer she bypassed to focus on projects and material she felt more strongly about and which would allow her greater creative control).