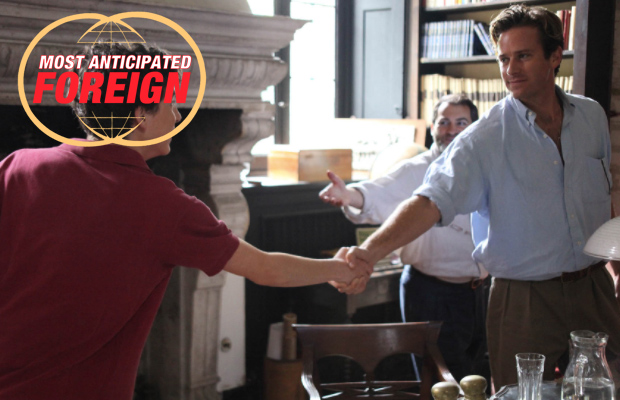 Call Me by Your Name

A surprise announcement came when Luca Guadagnino was in the middle of production on Call Me by Your Name, based on the revered novel Andre Aciman and adapted by Guadagnino and James Ivory. An international co-production, it’s headlined by Armie Hammer and features a notable supporting cast, particularly the acclaimed Amira Casar and Michael Stuhlbarg. Aciman’s novel details a passionate tryst from two decades in the past, when a 17 year-old boy comes of age with a surprise romance with a visiting student (Hammer) arrives in his home, a handsome gentleman who holds everyone around him in his thrall.

Release Date: The film will premiere in January, 2017 at the Sundance Film Festival.