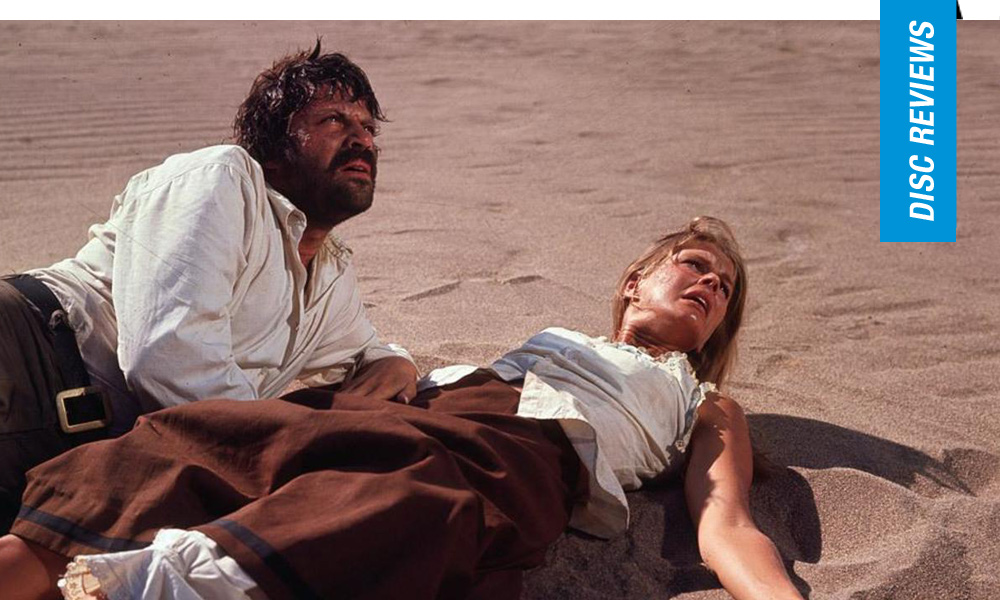 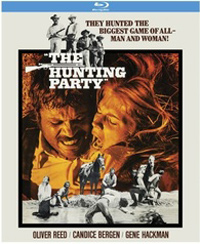 A film as brutal as it is unapologetic in its abject misogyny, one would almost expect 1971’s The Hunting Party to be the work of Sam Peckinpah at first glance. Coincidentally, it was released the same year as Straw Dogs, but instead of the corrosive claustrophobia of rural rednecks, this blazingly violent revisionist Western bleeds out across the American frontier.

Arriving during the early days of the New American Cinema movement, director Don Medford’s contributions within the paradigm equals nary a footnote, as he would unveil this film along with The Organization the very same year (which starred Sidney Poitier in his third iteration of Mr. Tibbs) and then retire from feature filmmaking entirely. It’s no wonder, for as controversial as Peckinpah and Penn were, they also had their adamant champions. Medford’s film was savaged by the critics, as it details the kidnapping of a woman married to a local neurotic cattle baron and the ensuing rampage when he tries to resume ownership of his property.

Brandt Ruger (Gene Hackman) is an unpleasant, unyielding sort, who treats his beautiful wife Melissa (Candice Bergen) as carelessly as he does his cattle. When he leaves for a two-week hunting trip with his wealthy friends, where he will use his new, expensive long-range rifles, Melissa is abducted by Frank Calder (Oliver Reed) and his band of marauders. Inflamed at this slight, Ruger pursues Calder’s gang, slowly killing them from afar with his advanced weaponry.

If one were to tear away the veneer of respectability from John Ford’s The Searchers, it might look like the mottled, garish-to-behold The Hunting Party. For the opening sequence, Medford juxtaposes the butchering of a horse as it’s flayed for consumption by Reed’s posse with the cold, uncomfortable copulation between Hackman and his wife, a man who seems unable to obtain arousal without inflicting pain.

Some minor squabbles with the local sheriff cues the foreboding action to come, and before you can blink, Reed’s crew snaps up Candice Bergen thinking she’s a school teacher who can a) teach Frank to read and then b) be used for the sexual pleasures of his gang. Of course, as the events of the film unfold, the screenplay (written by Gilbert Ralston, Lou Morheim and William W. Norton) lobbies for the sympathy of Reed vs. Hackman, suggesting Bergen’s resulting Stockholm syndrome is actually a better option for the beleaguered woman (to accept Calder’s rape means she can then say no to the lascivious advances of his men).

Hackman (who collapsed women as cattle similarly in 1972’s Prime Cut) is shown to be a sexual deviant, branding a Chinese prostitute (Francesa Tu, who starred in a clutch of Fu Manchu films) with his cigar and more concerned about the embarrassment of having a sullied, pregnant wife rather than her well-being. But none of these characters are supplanted with any real complexity, either morose shades of monstrosity or conditioned victimhood.

To compare Bergen’s Melissa Ruger with the Susan George character from Straw Dogs is to realize what’s lacking with The Hunting Party’s characterizations of figures caught in the white, patriarchal glare. Melissa is always acted upon, never given an iota of agency, even during the film’s most sincere sequence where she sobs to the sky for death as a last stand looms between Calder and her husband. Tonally, the film seems as unsteady about how to really portray Melissa as a woman with her own desires.

Take an incredibly off-putting sequence where she is made to beg for a jar of peaches, the slimy, jarred preserves mushed about in close-up from the maws of Reed and Mitchell Ryan’s Doc Harrison. The film’s only moment of levity is also a double entendre for pleasures of the flesh (ripe peaches), accompanied by a playful lull in the hijacked score from Riz Ortolani, which is troubling in how it’s reminiscent of the dynamic between Katharine Ross and the two titular characters of Butch Cassidy and the Sundance Kid (1969).

Despite its rabid bluntness as concerns the role of women in the male dominated frontier, The Hunting Party’s fecklessness suggests an allegorical reading for Hackman’s Brandt and how he unquestionably vanquishes his foes with superior, long range-rifles. Safely from a distance, he never has to get his hands dirty or even become witheringly involved in his persistent vengeance, much like the defeat of the Native Americans at the hands of the brutal Europeans. But seeing as The Hunting Party is revisionist in nature, it shows an America which will be crippled by its own greedy, capitalistic appetite. Before technological advances would level the playing field, it’s a treatment which suggests, when there are no others racial others to conquer or women to own, the white race will cannibalize itself.

With its troubled production (Medford filmed in Spain after finally cobbling together a cast after names like Rod Steiger and Claire Bloom fell off the project) and disastrous reception, The Hunting Party was doomed for obscurity, also thanks in part to the other lucrative projects its three leads were also involved with the same year. Coming off the risible Harold Robbins adaptation The Adventurers (1969), Bergen was beginning to break into the auteur school with the well-received Mike Nichols feature Carnal Knowledge. Oliver Reed would be embroiled in the scandalous The Devils from Ken Russell, and Gene Hackman would win his first Oscar for William Friedkin’s 1971 film The French Connection.

Kino Lorber unleashes The Hunting Party as part of its Studio Classics label in 1.85:1. Picture and sound quality are perfunctory in this transfer, though DP Cecilio Paniagua (who lensed Bava’s 1973 surreal nightmare Lisa and the Devil) manages to make Almeria, Spain a suggestive stand-in for the American frontier. Kino includes an audio commentary track from film historians Howard S. Berger and Nathaniel Thompson.

Mitchell Ryan – Hunted Down:
Actor Mitchell Ryan, who plays Doc Harrison, is present for this recent twelve minute interview, recalling how he came to be involved with The Hunting Party. Ryan shares memories of working with Medford, who was happy with his cast, describing the director as ‘very prepared,’ and Oliver Reed as difficult to keep up with, drinking wise.

An unpopular vestige of the New American Cinema era, The Hunting Party may be a flimsy cousin to several more attentive entries struggling to redefine the cinematic landscape, but its unpleasantness has been unfairly used to underestimate its potential to rile and provoke.