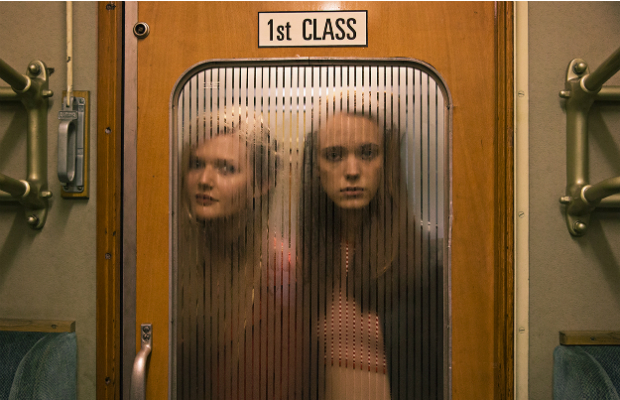 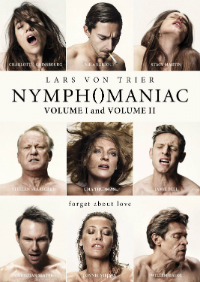 Lars von Trier’s latest opus of provocation begins fittingly with two minutes of blackness overlaid with the drip drop of residual rain followed by a gaudy crane shot which reveals the beaten body of Joe (Charlotte Gainsbourg) lying in an over-stylized alleyway to the grotesquely overblown industrial metal riffage of Rammstein. The blunt combination of sound and image set the tone for the schizophrenic barrage of ideas that seem to have lept from the mind of the Danish provocateur in a mad flash of oversexualized, hyper intellectual conception. The two part, four hour plus Nymph()maniac is unsurprisingly anything but subtle, yet von Trier’s telling of a middle aged woman’s entire depraved sexual history riffs with an uncanny whimsy on the comparable nature of fly fishing and sexual conquest, the inherent selfishness in sexuality, the disturbing valiance of a pedophile who never acts on his urges and a long, long list of other horrifying, often surprisingly humorous philosophically challenging ideas through the untainted eye of Seligman (Stellan Skarsgård), Joe’s sounding board and saviour.

Having long ago abandoned his stripped down Dogme 95 roots, von Trier throws every cinematic trick he’s ever toyed with at Nymph()maniac. Joe recounts her entire life’s story over the course of a single night after Seligman finds her in an alley near his home. The narrative bounces back and forth through time, to her formative years as a child, studying trees with her father (Christian Slater), through her young adult life (where she’s played by voracious newcomer Stacy Martin) in which she loses her virginity to Jerôme (Shia LaBeouf), a man she will forever have a nebulous relationship with, forms a sex obsessed anti-love cult with her friends, ruins marriages and toys with nearly any human with a penis for the sheer power she yields as someone wholly dispassionate. Joe firmly believes that love is the result of a condemning mathematical formula meant to keep humanity in a sort of mythological cycle: Lust + Jealousy.

The film simmers with this notion of mathematics and mythology as a means to organize and manage life’s inconsistencies. Seligman constantly relates Joe’s tale to pinnacles of literature amassed in his innocent bookworm brain while von Trier playfully inserts formulas, diagrams and found footage mismatches directly pointing out the arithmetics that unconsciously surround us in our daily lives. More than anything Nymph()maniac is about the wildness that lives within all of us, our sexuality but a seething primal beast tamed only by our need to organize thought through logic and philosophy. Joe’s seeming downfall and is due to the fact that, unlike the majority of general society, she can not, will not, cage the beast. She’s a tiger, as Jerôme sheepishly puts it, one that he nor anyone else can fully satisfy. The result: Lust – Love = Eternal Loneliness.

Strangely, Magnolia Pictures has chosen to release Nymph()maniac’s two halves as two very pricey separate home releases, as well as a single, strangely cheaper dual package. The DVD release of the films generally look quite nice, only occasionally letting digital noise surface in the dense moving imagery of green overgrowth and oddly textured surfaces. The widescreen image occasional shifts formats, film grains and color tones with the whim of von Trier, as he shifts time periods and inserts a range of mixed media into the film. Both discs pump out a well rounded, occasionally bold 5.1 Dolby Digital track.

The Characters
This is a standard EPK bit featuring all of the film’s leading actors speaking on why they connected with the characters they portray. Sadly, von Trier himself seems to have kept to his vow of silence and is therefore absent. 10 min

The Director
More the same, this is the same style piece, but this time they speak about working with the provocateur himself. 9 min

The Sex
These somewhat insightful bits really should have been edited into a lengthier, heftier piece rather than these repetitive shorter pieces. 7 min

AXS TV: A Look at Nymph()maniac
This one could have easily been cut. It’s more of the same, except this time it repeats much of the content found in the other featurettes. 3 min

Theatrical Trailers
A single trailer for each half of the film, they surely set a tone of melodramatic severity. 4 min

Looking at Nymph()maniac, it’s hard to imagine that Lars von Trier was up for an Oscar once upon a time. Not to say the film is unworthy of such prestige, but there is no fucking way the Academy would ever give a film stacked to the gills with such perversion even a glance. And yet, the film is so much more than an auteurist skin flick. Nymph()maniac props its sexual indulgences upon the dense thematic support of gender politics, dry humor, and the philosophical challenges inherent in the freedom of flesh from emotion.