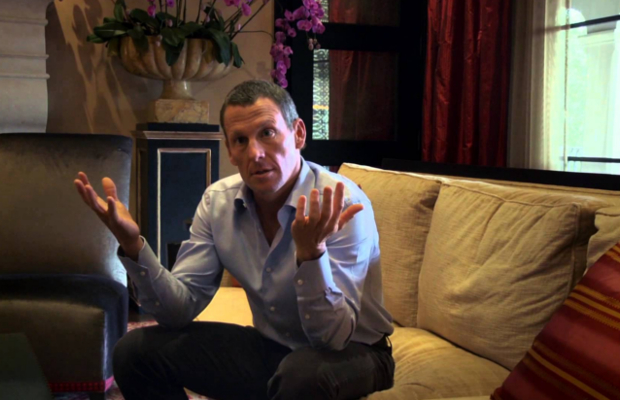 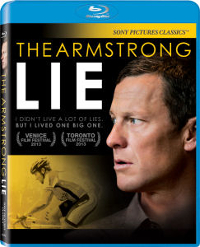 Lance Armstrong is proof that even the best liars eventually fold to the burden of ugly truths. Under the immense pressures of competitor accusations and threats of legal action against him, Armstrong finally cracked, and when he did, director Alex Gibney had just recently wrapped The Road Back. The film was intended to document the cycling legend’s return to the Tour de France, but when Armstrong decided to come clean about his long disputed use of performance enhancing drugs, Gibney was forced to put the film back into production, sitting down with his subject once again, shooting new interviews and revisiting the original ones with a new understanding of the icon’s extreme hubris and his unique political position as charitable cancer survivor turned cycling super star. What was once a triumphant comeback story of a man passed his prime trying to clear his name as continuous smear campaigns rail on against him has been reworked into The Armstrong Lie, a riveting meta-mystery about how Lance managed to keep his fiercely defended secrets under wraps for so long.

For the first time ever, Gibney made the decision, mostly out of contextual necessity rather than self-commiseration, to cast himself as a character in his own film. Like so many others, he fell under Armstrong’s spell of superhuman resolve, and so, admittedly, slipped from unbiased filmmaker to casually sympathetic fan during the course of the 2009 tour. When the time came to come clean, Gibney found himself hoodwinked and naturally pissed off, but generally within the film this sentiment is subdued, only coming across occasionally through Gibney’s glib voiceover, infusing the Armstrong’s story with his own personal view of what transpired.

Like most of the prolific filmmaker’s output, The Armstrong Lie is a dense piece of work featuring all the key players, including Armstrong himself, several former teammates, including Frankie Andreu, George Hincapie and Jonathan Vaughters, who all have publicly outed him, as well as his controversial former trainer Michele Ferrari and leading cycling commentators David Walsh and Bill Strickland. Not only does Gibney investigate the doping scandal in meticulous detail via exhaustive interviews and fastidious research that’s peeled away layer by remarkable layer, but he manages to summarize Armstrong’s career from his audacious American middleweight beginnings, through his life threatening bout with testicular cancer, up through his seven consecutive wins of the Tour de France with a breezy, time leaping pace, all the while breaking down some of the basic mechanics of the sport for those, like Gibney himself, who may not be familiar with cycling’s techniques and terminology.

Though The Armstrong Lie does indeed shed new light on a long debated American icon, it serves more to consolidate the mass of rumors and accusations that have circled since before Lance first put on the maillot jaune. In profiling the vicious cycling machine, Gibney unveils a cultural complicity that allowed Armstrong to become a mythic figure of redemption and shining beacon of propaganda for the sport of cycling because an entire industry purposefully ignored the facts, wanting more to buy into the Live Strong message than believe that to be the best, one has to be a rule breaking, blood doping, shamelessly despicable monster willing to throw friends and loved ones under the bus to protect the image of perfection everyone wants. Admit it, even you wore one of those silly yellow bands at some point. So, you must decide, is the cause more important than the dark truths they were built upon?

Sony Picture Classics almost always does a fantastic job with their releases, and this one is no different. Shot in HD video, while including a variety of archival footage and tour racing feeds, the film is often quite striking in its visual clarity and naturality of color, especially in the copious amounts of newer cycling footage. Documentaries rarely utilize 5.1 DTS-HD tracks as well as this, the soundtrack and crowd noise swelling through the surrounds as the dialogue comes through the center channel with aural distinction. As usual, the package is rounded out in a classic Blu-ray case.

Commentary with Alex Gibney
Juxtaposing his original voice over for the film, Gibney imparts a wealth of knowledge about his directorial decisions, his personal experiences working with the interviewees and in the editing room. Most interesting is his continuous discussion about the ‘original film’ (being The Road Back, pre-admittance) and the ‘second film’ (the final film).

Q&A with Alex Gibney, Frank Marshall, Bill Strickland, Jonathan Vaughters & Betsy Andreu
Moderated by the documentary guru Thom Powers at last year’s Toronto International Film Festival, this Q&A is an in depth discussion about the film’s origins, how each of the subjects first reacted to seeing the film, why the filmmakers feel that the film is a relevant and how doping has affected not only the sport by the fans. 40 min

Deleted Scenes
Not just a short series of interesting but not essential extra footage, this is stuffed with ten fully edited sequences that just didn’t make the already lengthy cut (also may have been leftover from the first film). While there seems to indeed be some new scenes, some others may be the closest we’ll get to seeing the original cut of The Road Back. 44 min

Lance Armstrong’s legend has finally been tarnished, his titles stripped, super hero stature taken down a few pegs. Cycling as a sport remains, still laying in the shadow of its fallen titan, but none-the-less improving bit by bit. Gibney’s film will live as an aural history of this dark age of cycling, a lesson of moral responsibility, and the cultural phenomenon that is the need to believe in miracles, even when they are so obviously the fabrication of a man devoted to winning at all costs. Cycling fans will appreciate the in depth investigation of the story they knew all along, while casual fans will love Gibney’s fresh eye on the subject matter. The disc is packed with extras that make this one a worthy watch. The only thing missing is the original cut of The Road Back.