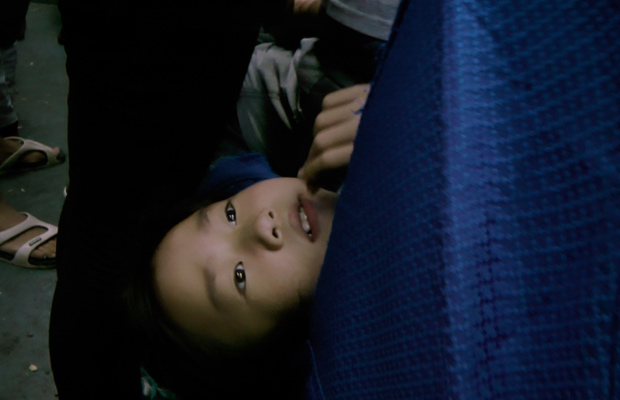 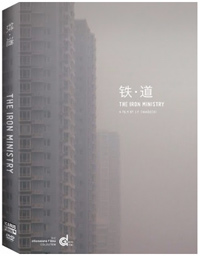 Last year, 2.5 billion people traveled by rail across the wild expanse of China. With each passing year the country continues to sink massive amounts of money into the high speed infrastructure – this year alone the China Railway Corp. plans to spend a whopping $121.5 billion toward construction and expansion. In The Iron Ministry, the latest feature production from Harvard’s Sensory Ethnography Lab, director/editor/cameraman J.P. Sniadecki attempts to convey what those numbers look like from the inside out. Riding tracks throughout China throughout 2011 and on through 2013 with the camera rolling, Sniadecki’s curious findings flow with affectionate intrigue and an instinctive eye for beauty in the mundane.

The Iron Ministry joins an immense body of train-centric documentary cinema, from its birth back at the beginnings of film itself by way of the Lumière brothers’ Arrival of a Train at La Ciotat through D.A. Pennebaker’s mid-century short Daybreak Express and up to Albert Maysles’ final work, In Transit, not to mention other migratory Chinese tails like Lixin Fan’s recent Last Train Home. Unique even among its non-narrative Harvard bred brethren, its immersion tactics allow Sniadecki to be swallowed by his environs, the camera moving amongst the crowded, sweaty and sleeping bodies and the commerce that commences between commuter, crew member, and even passersby, gone within an avant-garde flash of blurred greenery or smoggy cityscapes, while still acknowledging his presence behind the lens.

Heard responding to requests by security to turn his camera off upon entering a far less crowded, first-class dining car, as well as in casual conversation with off duty train staffers on their opinion of the transitional state of China’s train system, Sniadecki is a notable presence throughout the picture. We are never unaware that the filmmaker is an active participant and fellow cramped passenger aboard these speeding convoys. Countless travelers stare with inquiring eyes directly into the lens as he tails a snack cart vendor down the overstuffed aisles, twisting and turning over his shoulder to gain a greater perspective of his dealings or merely to glean a shot of passengers fast asleep, propped against one another or crumbling awkwardly on any unoccupied surface that could support their unconscious weight.

Unsurprisingly, Sniadecki’s film itself is far from unconscious. More a vivacious participatory critique on consumerism and the increasing urbanization of a traditional farming nation than an observational witnessing of mass change in transit, The Iron Ministry itself is titled after the 7th Century myths of iron horses, birds and dragons burning the Earth and wreaking havoc on rural villagers. Late in the film we witness copious pile of abandoned bottles, cans, and trash being swept from under the feet of train passengers. The camera lingers on, reminding us of Jennifer Baichwal and Edward Burtynsky’s haunting images of China’s poisonous slag heaps and overflowing garbage dumps in envisioned in Manufactured Landscapes. With the sound of ever-present rumbling and squeals of wheels on steel, progress comes chugging into the future – but at what cost?

This Icarus Films release produces an at times serene experience, its image quality and stereo track revealing depth and detail in the picture’s production. Its elegantly austere packaging keeps hidden the hustle and bustle of life on the rails, while its slim extras only give additional glimpses within the moving, overstuffed cabins.

Deleted Scenes
Broken down into three sequences, these additional scenes of sleepy faces, tracks flying by, smoking cigarettes, hanging meat, streaming rain droplets and many more effortlessly cinematic moments could have easily been left in the picture, but remain none-the-less for our intrigue and enjoyment on their own. 34 Min

Hailing from Harvard’s remarkably consistent Sensory Ethnography Lab, Sniadecki follows the little seen, single shot People’s Park and his Queens junkyard set Foreign Parts with another investigation into the ever changing cultural landscape of China. Vivacious and inquisitive, Sniadecki’s completely content with being engulfed by his environment, squished amongst the sleepy and sweaty bodies aboard trains going anywhere and everywhere. The future is in transit, for better or worse.