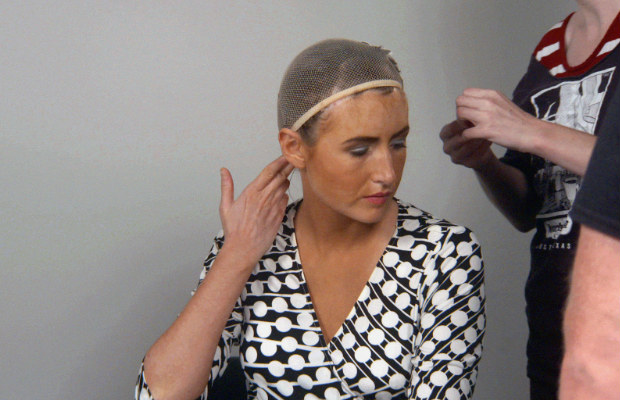 Cartel Land and The Wolfpack were the big winners last year, and judging from the massive submissions that the fest received for the U.S. Docu section, all sixteen items listed below should already be considered winners. Among the alluring filmmaker names we have the likes of The Devil and Daniel Johnston‘s Jeff Feuerzeig (Author: The JT LeRoy Story), the Lost in La Mancha team of Keith Fulton & Lou Pepe (The Bad Kids), Gasland‘s Josh Fox (How to Let Go of the World (and Love All the Things Climate Can’t Change)), Actress’ Robert Greene (Kate Plays Christine) and Clay Tweel, who makes it two for two with Finders Keepers in 2015 and now Gleason this year. Take that Alex Gibney. We also have an undisclosed director for Holy Hell – which should make for an interesting Q&A. Here are all sixteen for which we’ll be extensively covering next month.

“Audrie & Daisy” / U.S.A. (Directors: Bonni Cohen, Jon Shenk) — After two high school girls in different towns are sexually assaulted by boys they consider friends, online bullying leads each girl to attempt suicide. Tragically, one dies. Assault in the social media age is explored from the perspectives of the girls and boys involved, as well as their torn-apart communities. World Premiere

“Author: The JT LeRoy Story” / U.S.A. (Director: Jeff Feuerzeig) — As the definitive look inside the mysterious case of 16-year-old literary sensation JT LeRoy—a creature so perfect for his time that if he didn’t exist, someone would have had to invent him—this is the strangest story about story ever told. World Premiere

“The Bad Kids” / U.S.A. (Directors: Keith Fulton, Lou Pepe) — At a remote Mojave Desert high school, extraordinary educators believe that empathy and life skills, more than academics, give at-risk students command of their own futures. This coming-of-age story watches education combat the crippling effects of poverty in the lives of these so-called “bad kids.” World Premiere

“Gleason” / U.S.A. (Director: Clay Tweel) — At the age of 34, Steve Gleason, former NFL defensive back and New Orleans hero, was diagnosed with ALS. Doctors gave him two to five years to live. So that is what Steve chose to do: Live—both for his wife and newborn son and to help others with this disease. World Premiere

“Holy Hell” / U.S.A. (Director: undisclosed) — Just out of college, a young filmmaker joins a loving, secretive, and spiritual community led by a charismatic teacher in 1980s West Hollywood. Twenty years later, the group is shockingly torn apart. Told through two decades of the filmmaker’s archival materials, this is their story. World Premiere

“How to Let Go of the World (and Love All the Things Climate Can’t Change)” / U.S.A. (Director: Josh Fox) — Do we have a chance to stop the most destructive consequences of climate change, or is it too late? Academy Award-nominated director Josh Fox (Gasland) travels to 12 countries on six continents to explore what we have to let go of—and all of the things that climate can’t change. World Premiere

“Jim” / U.S.A. (Director: Brian Oakes) — The public execution of American conflict journalist James Foley captured the world’s attention, but he was more than just a man in an orange jumpsuit. Seen through the lens of his close childhood friend, Jim moves from adrenaline-fueled front lines and devastated neighborhoods of Syria into the hands of ISIS. World Premiere

“Kate Plays Christine” / U.S.A. (Director: Robert Greene) — This psychological thriller follows actor Kate Lyn Sheil as she prepares to play the role of Christine Chubbuck, a Florida television host who committed suicide on air in 1974. Christine’s tragic death was the inspiration for Network, and the mysteries surrounding her final act haunt Kate and the production. World Premiere

“Kiki” / U.S.A., Sweden (Director: Sara Jordenö) — Through a strikingly intimate and visually daring lens, Kiki offers a riveting, complex insight into a safe space created and governed by LGBTQ youths of color, who are demanding happiness and political power. The film is an exciting coming-of-age story about agency, resilience, and the transformative art form of voguing. World Premiere

“Life, Animated” / U.S.A. (Director: Roger Ross Williams) — Owen Suskind, an autistic boy who could not speak for years, slowly emerged from his isolation by immersing himself in Disney animated movies. Using these films as a roadmap, he reconnects with his loving family and the wider world in this emotional coming-of-age story. World Premiere

“Newtown” / U.S.A. (Director: Kim A. Snyder) — After joining the ranks of a growing club no one wants to belong to, the people of Newtown, Connecticut, weave an intimate story of resilience. This film traces the aftermath of the worst mass shooting of schoolchildren in American history as the traumatized community finds a new sense of purpose. World Premiere

“Trapped” / U.S.A. (Director: Dawn Porter) — American abortion clinics are in a fight for survival. Targeted Regulation of Abortion Providers (TRAP) laws are increasingly being passed by states that maintain they ensure women’s safety and health, but as clinics continue to shut their doors, opponents believe the real purpose of these laws is to outlaw abortion. World Premiere

“Weiner” / U.S.A. (Directors: Josh Kriegman, Elyse Steinberg) — With unrestricted access to Anthony Weiner’s New York City mayoral campaign, this film reveals the human story behind the scenes of a high-profile political scandal as it unfolds, and offers an unfiltered look at how much today’s politics is driven by an appetite for spectacle. World Premiere