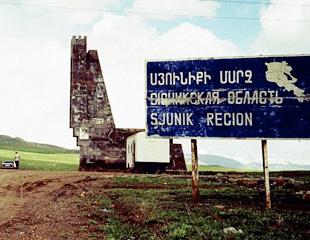 I normally don’t take the time to point out film-related websites, but I like what independent filmmaker Braden King (who is currently in post-production with his debut film titled Here) has done. I had originally predicted this as a Sundance-bound film, but the road movie featuring Ben Foster and Lubna Azabal will most likely be included as a Cannes’ Un Certain Regard or Director Fortnight’s selection.

When researching new films and filmmakers especially those that’ll be making their debut in Sundance next month, I find myself appreciating the filmmaker or producer who includes a website as part of the to record the process — I figure if you’re going to put three to six years into a project might as well keep some sort of log of the production. I figure a little news (a Twitter account is better than nothing) goes a long way in serving the interests of more than just curious cinephiles.

What I like best about the website, is the assortment of location scouting pics, and the kind of tidbits of information that acknowledges where the film was shot (I don’t know of too many film productions that end up filming in Armenia). I know that buyers, sellers, producers, film festival curators, distribution companies and media outlets such as IONCINEMA.com appreciate such attention to detail.