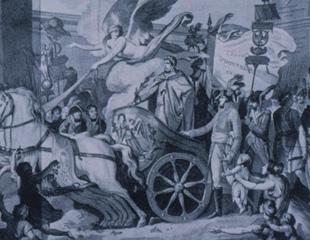 There was that long stretch between 1987’s Full Metal Jacket and 1999’s Eyes Wide Shut where Stanley Kubrick was missing in action. The master filmmaker was passionate enough about a little Frenchman going by the name of Napoleon that he devoted years to a film project that never came to fruition. Taschen books who’ve already put out a couple of books honoring the legend, have put out the unthinkable: a limited edition collection of books (including the original screenplay) just in time for Xmas. But before you get excited, this will set you back 700 bucks. Here’s Taschen’s description of the set below, or you can check out more pics of the collection or fork over that kind of money, then check out this link.

Tucked inside of a carved-out book, all the elements from Stanley Kubrick’s archives that readers need to imagine what his unmade film about the emperor might have been like, including a facsimile of the script. This collector’s edition is limited to 1,000 numbered copies.

For 40 years, Kubrick fans and film buffs have wondered about the director’s mysterious unmade film on Napoleon Bonaparte. Slated for production immediately following the release of 2001: A Space Odyssey, Kubrick’s “Napoleon” was to be at once a character study and a sweeping epic, replete with grandiose battle scenes featuring thousands of extras. To write his original screenplay, Kubrick embarked on two years of intensive research; with the help of dozens of assistants and an Oxford Napoleon specialist, he amassed an unparalleled trove of research and preproduction material, including approximately 15,000 location scouting photographs and 17,000 slides of Napoleonic imagery. No stone was left unturned in Kubrick’s nearly-obsessive quest to uncover every piece of information history had to offer about Napoleon. But alas, Kubrick’s movie was not destined to be: the film studios, first M.G.M. and then United Artists, decided such an undertaking was too risky at a time when historical epics were out of fashion.

TASCHEN’s sumptuous, limited-edition tribute to this unmade masterpiece makes Kubrick’s valiant work on “Napoleon” available to fans for the first time. Herein, readers can peruse a selection of Kubrick’s correspondence, various costume studies, location scouting photographs, research material, script drafts, and more, each category of material in its own book. Kubrick’s final draft is reproduced in facsimile while the other texts are tidily kenneled into one volume where they dare not interfere with the visual material. All of these books are tucked inside of—or shall we say hiding in?—a carved-out reproduction of a Napoleon history book.

The text book features the complete original treatment, essays examining the screenplay in historical and dramatic contexts, an essay by Jean Tulard on Napoleon in cinema, and a transcript of interviews Kubrick conducted with Oxford professor Felix Markham. The culmination of years of research and preparation, this unique publication offers readers a chance to experience the creative process of one of cinema’s greatest talents as well as a fascinating exploration of the enigmatic figure that was Napoleon Bonaparte.