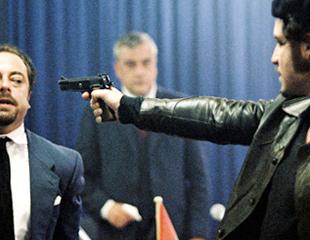 Okay so Miral is out, Tree of Life is unlikely and Carlos is fighting to find a spot, and if we crunch the numbers (past decade stats provided by a Cannes film festival friend) it looks certain that there is still some filling up to do, not just the Main Comp, but potentially one or two more added titles might be added to the Un Certain Regard section and we should get at least four more titles joining the Out of Competition titles of Robin Hood, Stephen Frears, Oliver Stone and Woody Allen.

While the Special Screening list of eight feels complete, the Midnight Screening section might see one more add-on. The announcements could come in batches, and I wouldn’t be surprised is they are made as of this Monday…will Ken Loach, François Ozon, Peter Mullan and Kornel Mundruczó be added?

Black Heaven (L’autre Monde) Gilles Marchand
L’autre monde is co-written by Marchand and Dominik Moll, and is a coming-of-age story about a teenager seduced by the unlimited possibilities of the dark, virtual world of online gaming…

Out of Competition Screenings:

Tamara Drewe – Stephen Frears
Scripted by Moira Buffini , this is an adaptation of Posy Simmonds’ graphic novel about a journalist who ruffles feathers in a rural writers’ retreat. The tragicomic story was inspired by a piece of classic fiction – Thomas Hardy’s Far from the Madding Crowd; likewise her earlier serialised cartoon, Gemma Bovery, took Flaubert’s Madame Bovary as its template…

Wall Street: Money Never Sleeps – Oliver Stone
Written by Allan Loeb, this is the modern-day story will again center on Gordon Gekko, who has recently been sprung from prison and re-emerges into a much more tumultuous financial world than the one he once lorded over…

You Will Meet A Tall Dark Stranger – Woody Allen
Written by Woody Allen, a little romance, some sex, some treachery, and apart from that, a few laughs. The lives of a group of people, whose passions, ambitions and anxieties force them all into assorted troubles that run the gamut from ludicrous to dangerous…

Chantrapas – Otar Iosseliani
Nicolas is an artist, a filmmaker who merely wants to express himself and whom everyone wishes to reduce to silence. When he first starts out in Georgia, the “ideologists” hope to gag him, concerned that his work does not follow the set rules…

Draquila — L’Italia che trema – Sabina Guzzanti
Italy is shaking. Apart from the privileged of few, Italy’s is guilty for its laws, for the misappropriation of public funds, for the corruption, for the services denied to the citizens. Don’t stand and watch. Change the law of expression of democracy.

Inside Job – Charles Ferguson
This is about the financial mess.

Over Your Cities Grass Will Grow – Sophie Fiennes
The film bears witness to German artist Anselm Kiefer’s alchemical creative processes and renders in film, as a cinematic journey, the personal universe he has built at his hill-studio estate in the South of France…