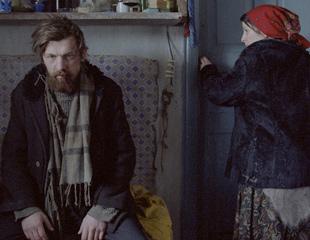 I’m glad to see that Kino Int. and film fest curators are seconding my opinion on My Joy – the road trip story from hell — I recently wrote, I’m happy to see TIFF and NYFF programmers include this difficult film among their lineups, cuz if you like “the road less traveled” roadtrip type of movie, then you’ll want to venture into documentarian Sergei Loznitsa’s first narrative feature — one of the highlights of my Cannes experience this year that actually got panned — perhaps because it was so non-conform and psychologically messed up.

Along with their deal with Lorber, Kino will be showing four pics at NYFF: Lee Chang-dong’s Poetry, they just bought Radu Muntean’s Tuesday, After Christmas and one of my best discoveries of the year with Michelangelo Frammartino’s Le Quattro Volte.

“My Joy”‘s plot centers around the adventures of young trucker Georgy, who travels through contemporary provincial Russia, while reminded of Russia’s brutal past during World War II. Along his journey, he encounters a group of lost souls, including an elderly hitchhiker, a young prostitute and a band of corrupt soldiers.