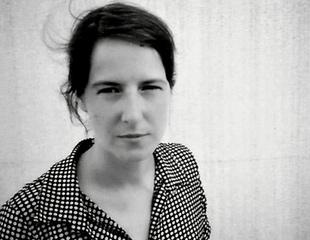 Michael Haneke’s film on octogenarians put through the test is receiving some funding coin (from the CNC – National Film and Moving Image Centre) and will now be going by the new title of Love. Formerly known as “These Two”, production will begin next month.

Also among the projects receiving advances on receipts you should keep an eye out for Ursula Meier (see pic). Her debut film Home – which saw Isabelle Huppert and Olivier Gourmet with family in tow duking it out versus a traffic-filled highway who received festival and art-house theater acclaim. I personally thought the film’s concept looked great on paper but wasn’t convinced of Meier’s execution, but I’m already enticed by her next project: L’enfant D’en Haut (“The Child From Above”) which centres on 12-year-old Simon, a child from an industrial valley who lives with a mother so young that she insists on him saying he’s her little brother. I wonder what which young, female thesp will grab the role. Here’s the rest of the synopsis if you’re curious.

And here are the other titles for anyone who might be interested: Noémie Lvovsky’s Camille Redouble, Patrick Grandperret’s next feature, Jacques Bral’s Le Noir (Te) Vous Va Si Bien (great title!), Yolande Zauberman’s Would You Have Sex With An Arab? and a Cannes favorite filmmaker Amos Gitaï with Lullaby For My Father.