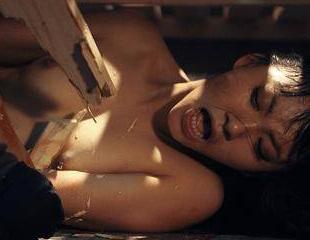 IFC Midnight label has picked up helmer Pang Ho-Cheung’s slasher pic, which our Hong Kong reporter mentioned was so “violent and gory … [that] it was asked to cut a few specific scenes before opening theatrically in Hong Kong“. Not to be confused with next year’s Jim Sheridan’s “Dream House” (which is currently re-shooting some scenes), Dream Home is going to hit VOD and… actually land in theaters sometime in 2011.

Gist: This stars Josie Ho (love her trimmed cut in the trailer above) as a woman who goes to great lengths in order to raise enough money for the house she has always wanted. When working two full-time jobs doesn’t provide the funding she expected, she relies on unethical means to get closer to her goal. Upon discovering that the life insurance from her recently deceased father isn’t enough, Josie resorts to violent measures in hopes of affording her dream possession.

Worth Noting: Pang Ho-Cheung (2006’s Isabella) actually released two films this year, including Love in a Puff. His slasher flick had its North American debut at the Tribeca Film Festival and afterwards, hit a couple of fantasy film fests on the circuit including Montreal’s Fantasia Int. Film Festival.

Why Do We Care?: We actually forgot about this number being sold by the Fortissimo Films folks…but who doesn’t want to see how the real estate market makes some folk go cuckoo? A different crisis than the foreclosure situation in the U.S., I figure Arizona residents might want to see the flip side in “home value”.