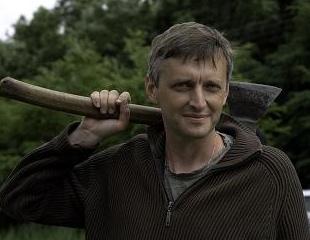 Sergei Loznitsa’s My Joy (which gets released by Kino Int. sometime this year) was perhaps the odd duckling of the previous Cannes Film Festival as it was the only picture in the main competition that was from a first time feature, mostly unknown filmmaker, but the film itself was pretty out there for a road movie. Good news for the handful of folks who did appreciate the film — the former docu-filmmaker is embarking on a new film project titled In the Fog, which begins lensing in Latvia next September. Sotocinema Group will produce with German co. Ma.Ja.De films with co-produce.

Gist: Based on the Russian novel of the same name, this is a story of two World War partisans which depicts the stupidity and brutality of war.

Worth Noting: Loznitsa was an engineer before he started making documentary films back in 1996.

Do We Care?: Looking forward in seeing how Loznitsa moves from a wacky, nihilist, violent and bleak travelogue in his with his 2010 film, to what could be an anti-violent violence-filled examination. If all goes according to plans, this could be ready for Cannes 2012.