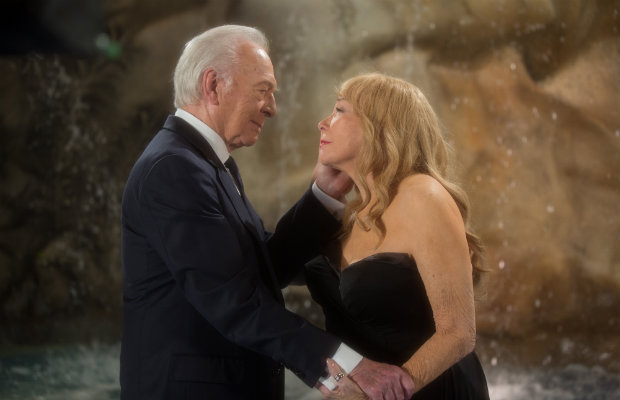 Anything Elsa: Radford’s Remake Rough Around the Edges 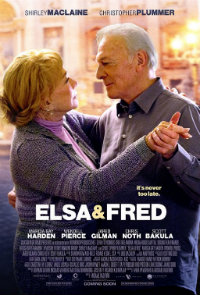 English director Michael Radford, still best known for earlier works 1984 (1984) and the critical darling Il Postino (1994), arrives with his most notable effort since that Demi Moore diamond heist flick, Flawless (2007) with a remake of Argentinean director Marcos Carnevale’s 2005 film, Elsa & Fred. Featuring two iconic American stars in this rehashed material gains Radford a lot of leverage in what’s otherwise a rather feeble claptrap of mounting cliché, though it will indubitably find a strong herd of champions from older audience members hungry for mainstream-minded cinematic vehicles aimed at their sensibilities and starring familiar faces.

In tax-break friendly New Orleans, octogenarian Fred (Christopher Plummer) has recently lost his wife, and is aggravated this his daughter Lydia (Marcia Gay Harden) has taken it upon herself, and with the help of her smarmy husband (Chris Noth), to relocate him to a smaller apartment. But once there, he runs into the daffy but affable Elsa (Shirley MacLaine), a self-professed widow looked after by her responsible son Raymond (Scott Bakula). Against Raymond’s wishes, his mother spoils her struggling reprobate artist of a younger son Alec (Reg Rogers) with any money she gets her hands on. A snafu involving Elsa damaging Lydia’s car soon has her hovering around the cantankerous Fred, who eventually succumbs to her wiles. But the spry lady has a bevy of secrets lurking beneath the little white lies she’s been spreading, including the fact that she’s no widow, and her sorta ex-husband (James Brolin) is alive and kicking.

Though beginning in sudsy hues of robust predictabilities, this version of Elsa & Fred does have an entertaining slice of misanthropy throughout the set-up thanks to a highly entertaining Christopher Plummer. But he’s hobbled by the inevitability of having to fall in love with the other eponymous half of this predestined romance, but it’s a shift presented quickly and quite unbelievably.

A strong supporting cast, including an enjoyable Marcia Gay Harden, who gets a stunted sideline in a relationship with Plummer that might have been more interesting to examine, also connotes a validating quality to Radford’s version. However, people like Wendell Pierce and George Segal are wasted on throwaway roles, but Radford’ greatest misstep is with Reg Rogers as MacLaine’s troubled child. Every appearance is played for broad, exaggerated comedy or stilted drama, grating the film’s already meager qualities to dust.

Despite each of these people having the need for a certain comfort, it never quite makes sense that Fred loves MacLaine’s batshit bizarre Elsa, a woman who tells so many fibs he can’t believe anything that she says. MacLaine, though sure to win many an easily entertained mind here, is erringly one note, even downright irritating as the film moves along, daring us not to be sympathetic towards this poor, ailing, yet fantastically vibrant woman. But we’re on the same wave length as Fred, the only thing we know for certain about Elsa is that she’s obsessed with Fellini’s La Dolce Vita, and wants for nothing more than to recreate Anita Ekberg’s famed feline assisted dip into the Trevi Fountain (which felt old back in 2003 when we had to watch Lindsay Duncan do the same thing in Under the Tuscan Sun).

Elsa & Fred is cutesy and cloying, a slight step above a blatant bid for nostalgia and easily won homage. Cloaked heavily in privilege with the clichéd and utterly bourgeois life goals signified by the La Dolce Vita bit, this is all just a distracting cocktail of contrived ideas and easy resolutions.