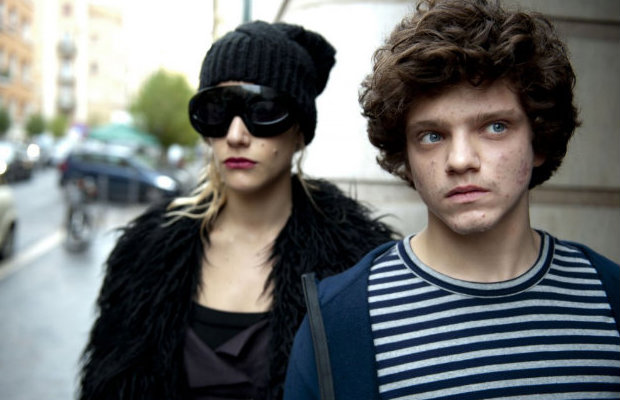 Unhappy Together: Bertolucci’s Muted Return to the Director’s Seat 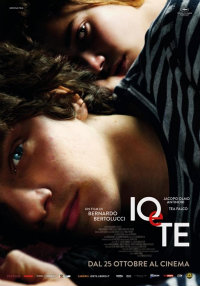 Seemingly against the odds, wheelchair bound Bernardo Bertolucci arrives with his first directorial effort, Me and You, in a decade, his last being the controversial 2003 film, The Dreamers. Also of note, it’s the first Italian language film Bertolucci’s made in thirty years, adding additional significance to this late work from the master provocateur. Yet, as arresting as its visuals are, paired with an odd mix of youthful soundtrack selections, the film never elevates beyond a sometimes ungainly and trifling exploration of themes and relationships exhibited more daringly and memorably in other works. Creative child artists recovering from years of drug abuse and the specter of incest amongst families of the privileged class promise a thickening soup, yet never congeal into anything more than a basic broth of domestic bonds.

Lorenzo (Jacopo Olmo Antinori) is an introverted 14 year old who lives alone with his mother (Sonia Bergamasco). Forced to speak with the school therapist over a recent act of violence against another student, Lorenzo is very much a loner that prefers to listen to music by himself. So, instead of handing over the money for an upcoming ski trip with his classmates, Lorenzo decides to use the money to buy a week’s worth of treats for himself and hole up in the basement of the building he lives in, which is stocked with the remnants of an old countess. Excited to fool his mother and get away from the world, Lorenzo is dismayed when his older half-sister Olivia (Tea Falco) also arrives to gather some of her belongings. A teenage artist that spiraled into a world of drug abuse, Olivia decides to hole up with her brother as she suffers through delirium tremens from heroin withdrawal.

Several of Bertolucci’s favored themes factor in here, beginning with Lorenzo’s uncomfortable conversation with his mother early on in the film when he asks her a hypothetical question about what they’d do if the two of them had to repopulate the human race after surviving an apocalyptic event. It’s reminiscent of the Jill Clayburgh/Matthew Barry relationship in the infamous Luna (1979), while Tea Falco’s addiction problems will also put one in mind of that title, not to mention the brother/sister dynamic from The Dreamers.

If Me and You hardly packs the punch of either of those titles, Bertolucci’s reunion with DP Fabio Cianchetti often makes for a flawless looking feature, especially considering we’re trapped mostly in the cramped basement with two young people stuck in their self-absorbed perspectives. Antinori and Falco are sometimes engaging on the screen, but their story fizzles into a stagnant hinterland of unimportance.

Tracks from Arcade Fire and David Bowie feel more like desperate clutches at enlivening the film’s energy, even though they are often blasts of fresh air. Considering the slim and unengaging plight of Lorenzo’s languor, the film only makes Bertolucci seem out of touch with modern youth. Yet, despite these instances of strain, a sing along to an Italian version of “Space Oddity” is quite beautiful, and one wishes there were other moments of levity between Lorenzo and Olivia. While Me and You isn’t necessarily a misfire, it’s about as memorable as its wan title.