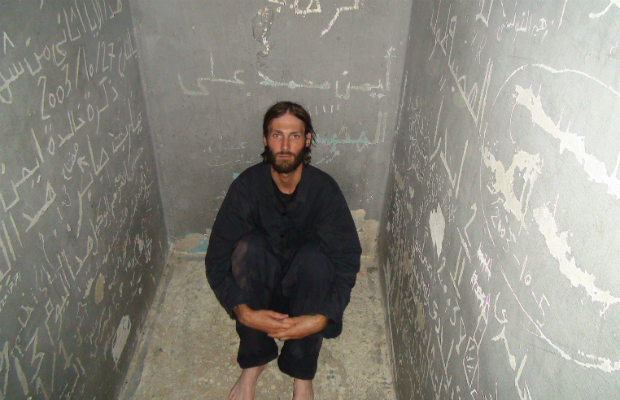 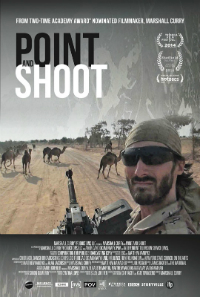 As kids, nearly everyone falls in love with the idea of throwing caution to the wind and buckling down for endless adventures into the great unknown. As we grow up most of us accept the comforts of familiarity and the rhythms and reliability of our network of loving friends and family, inevitably packing up our dreams of adventure along with our stuffed animals and action figures. Apparently, this thought never occurred for Matthew VanDyke, who grew up watching Alby Mangels’s cavalier travelogue World Safari films, transfixed by the idea of traversing the Earth’s wildest corners with camera in hand.

After graduating from Georgetown University with a Master’s in Security Studies in the Middle East, VanDyke felt compelled to follow in his idol’s footsteps, bought a camera and motorcycle and took off across the the Arab world with little more than a plan to document his experience, not knowing his sense of adventure would lead him into the Libyan Civil War, and subsequently, a jail cell where he was held as a prisoner of war for over five months. Director Marshall Curry’s latest film, Point and Shoot, sees VanDyke not only documenting this epic journey, but trying to live up to the on screen image of himself he’s concocted up in that loose knot of brains of his.

Curry makes it obvious from the get go that VanDyke might have a screw or two loose. The first shots of the film observe a long, greasy haired VanDyke awkwardly giving a brief presentation to us, the audience, of his personal militia gear – knives, flak jacket, and the like – in what looks to be an empty plaster room. He doesn’t seem well. Though it’s unclear, at this moment he’s likely in the midst of the Libyan Revolution, on high alert, fighting alongside a small band of anti-Gaddafi friends he met in his travels. His allegiance seems genuine, yet as the film goes on, the underlying reasons for his whole solo-journeyman enterprise seem tragically immature.

We find that VanDyke was unsurprisingly reserved growing up, had few, if any, true friends and found himself feeling underdeveloped even after finishing his graduate degree. So, to offset his sense of unmanliness, becoming a real life adventurer seemed his only way to truly find his footing as an adult. Yet, his aforementioned camera seems to be a perversely propulsive crutch. On one hand, the young man found himself trying to project a version of himself that did not yet exist – bolder, wiser, politically relevant. Curry takes every opportunity to remind of this by showing VanDyke placing the camera, fumbling to frame his image, and in some cases going so far as to reshoot take after take of pointless activities like doing wheelies in some god forsaken desert in the middle of nowhere, hardly a picture of adulthood. On the other hand, his eventual devotion to the Libyan revolution is obviously a product of his filmed adventure, which at some point became a version of first person frontline journalism, a la Five Broken Cameras and The Square. His second-rate take on Mangels’s self-serving adventure films became a living, if more openly staged piece of revolutionary history.

After watching the Arab Spring rage on with camera in hand, VanDyke’s compulsion to be part of the action has resulted in a fascinating case of how personalities are being shaped by social media and our increasing need to document our own everyday experiences. VanDyke’s adventure is surely an extraordinary version of this phenomenon, his mission statement to become a man through self filmed adventure ingrained within his chosen path of maturation, but the transformation he makes throughout Curry’s film is immense. Whether he ultimately achieved his goal is up in the air, but Point and Shoot provides plenty of proof in it’s fascinating student turned adventuring filmmaker turned revolutionary character study that he’s a much different person than when he began his journey.

Reviewed on June 19th at the 2014 AFI Docs Film Festival