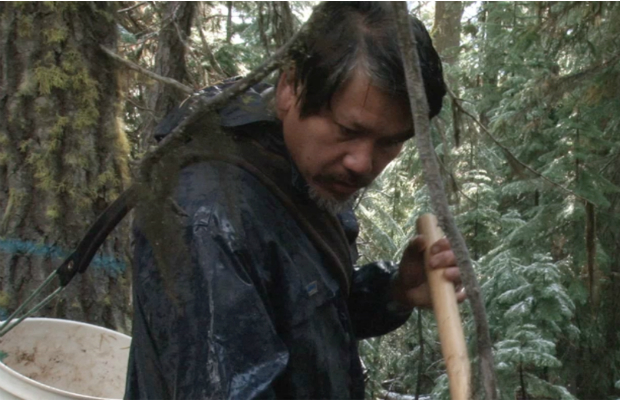 Fungus Among Us: Dosa Makes Friends With The Matsutake 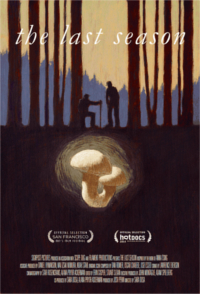 Though the name Sara Dosa may be new to some, the fledgling director already has some striking credits to her name, having produced both Jacob Kornbluth’s disheartening Inequality for All and Petra Costa’s heartbreaking Elena. In her own sumptuous docu-debut, the heart-healing propensity of the wilderness is embraced by a pair of men whose disparate lives have been brought together in symbiosis by the solace of mushroom hunting in the thick overgrowth of Chemult, Oregon. Their minds soothed by the silence, the solitude and the rewards of finding the elusive and valuable matsutake growing underwood, Kouy, who lived through the horrors of the Khmer Rouge in Cambodia, and Roger, who served as a sniper in Vietnam, became unlikely friends after finding they share, not only a love of the forest, but the mental and physical repercussions of war. With sombrely tinged humor, The Last Season sees their relationship replicating the reciprocal lifecycle of the mushrooms they seek, growing deeper and more fertile before the harvest wanes and the winter sends their friendship into seasonal hibernation.

Despite the direct cinema aesthetic that grounds the film, from the beginning it’s clear that Dosa likes thinking in cinematics and metaphors. Structured around a keenly paced set of dramatic reveals and poeticized scientific interludes that mark the changing of the matsutake season, the film introduces us to Roger, his knack for self-deprecation, his adoring wife, Theresa, his admiration for mushroom hunting and the flashbacks of war that haunt his unconscious. Most moving, though, is the avowal of the true depth of their relationship with Kouy, one of the many Cambodian refugees who temporarily set up camp in Chemult with hopes of cashing in on the much valued matsutake which is harvested locally and sold to Japan as a delicacy. Following the Cambodian tradition of when one loses their family, one must rebuild anew, Kouy essentially had asked Roger and Theresa to adopt him as his son. Their shared experience as soldiers and veteran mushroom foragers lends them a sense of deep respect for one another, despite their distinct cultural differences.

With these subtly constructed concessions, Dosa highlights the breakdown of cultural boundaries through quiet moments of appreciation and the simple act of remaining present and supportive, as well as the occasional flourish of archival war footage which visually contextualizes before painting their relationship as a means to reconcile the past, consume the inherent pain of such experiences and convert them into a new form of beauty, in this case, family. As the weather begins to turn and the mushroom season winds down, it’s clear that Roger’s health is declining, and in turn, Kouy is seen going above and beyond to help his adopted family, preparing meals even after long days of amassing matsutake. As Roger fades, Kouy’s presence is, like the matsutake itself, in unity with the decaying. As if mycelia mourning a family member and thought of having to leave for harvests elsewhere, he thrives in the generosity of their auspicious friendship.

The Last Season manages to depict their complex relationship with an emotional grace that exudes from the film alongside its ethnographic intentions. The remedial effects of nature and family are, in effect, a byproduct of Dosa’s portrayal of Chemult’s odd cultural niche. The very existence of a makeshift shanty town in rural Oregon made up of immigrant mushroom hunters who celebrate a successful harvest with alcohol and Khmer karaoke is in itself bizarrely fascinating, but within, the director has found a richly textured story of cultural coagulation in which men are united by violence, global commerce, and finally, respect – for each other and the forest which soothes and supports them all.