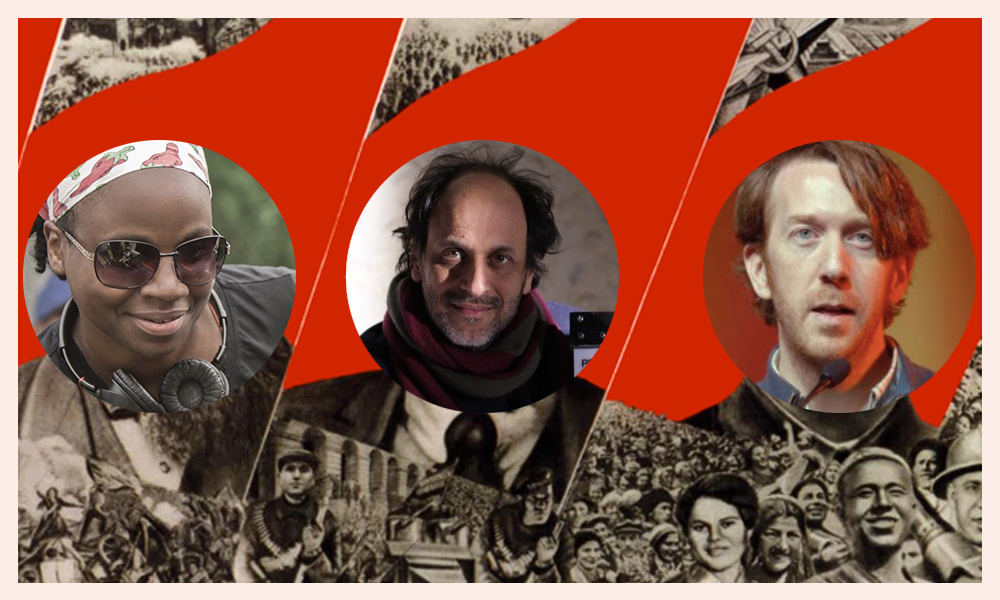 IONCINEMA.com’s Top 3 Critics’ Picks offers a curated approach to the usual quandary: what would you recommend I see in theaters this month? We’re just a little one month of making the made scramble and catching up with the previous ten months of 2017 for our top 10 lists, but this November we have three bonafide film items that dabble in the past.

Jim and Andy: The Great Beyond – Chris Smith

Reviews in provenance from Venice were across the board enthusiastic for Chris Smith’s sixth feature film, Variety’s Owen Gleiberman points to the filmmaker’s prowess, calling the doc “fleetly edited and engrossing, animated by a sense of discovery. Chris Smith, an intensely personal filmmaker, has never worked in this sprawling mode of multi-media, celebrity-centered documentary classicism, and he turns out to be a natural at it.” THR’s David Rooney reminds us in his recap that “Carrey offers a number of variations on that theme, confessing that every movie he’s done has been a manifestation of who he was at the time it was filmed.” I second Screen Daily’s Lee Marshall’s response, in that “what emerges is a double portrait of two men whose compulsion to lose themselves in other characters is both an addiction and a variety of creative autism.” In Toronto, the film played extremely well at TIFF (see premiere video).

The Hollywood Reporter’s David Rooney addresses the rare voice-over spectrum, “it seems an audacious choice to maintain such a literary stamp on the material, right down to the Faulknerian device of multiple narrators, heard in voiceover throughout. But ultimately that’s to the benefit of this densely textured, populous narrative, which is given novelistic room to breathe and a slow-burn intensity that builds to a shattering conclusion.” Screen Daily’s Anthony Kaufman details the film’s backdrop: “Mudbound starts with great promise, and its central setting—a waterlogged and mud-soaked farm, which struggles to yield any crops—is a fitting metaphor for the sinking hopelessness of racial harmony in the US. Indeed, the film successfully captures the intricate and difficult interdependence of these black and white families, who are willing to care for each other at certain points, but are forbidden to cross the line that ultimately and irrevocably separates them.” Peter Debruge from Variety had an inkling that it might be complicated for assorting the performances for awardage season (recent Gotham award noms are proof) citing that “once awards season rolls around, it will be somebody’s job to identify which are the lead performances and which are supporting, but in the meantime, “Mudbound” presents a canvas on which all six of its narrators loom large. The male actors are strong, especially Mitchell and Hedlund, who wrestle the traumas of their wartime experience with a fresh set of battles on the home front, but it’s the two women who leave the strongest impression.

Call Me by Your Name – Luca Guadagnino

Our own Nicholas Bell reporting from Sundance delve into the infamous fruit related scene mentioning, “offers an impressive range of believable emotion, delving into territories not often explored in cinema between male lovers.” Variety’s Peter Debruge crowns Guadagnino in the same circle of some contemporary greats calling this “a rare gift that earns him a place in the pantheon alongside such masters of sensuality as Pedro Almodóvar and François Ozon, while putting “Call Me by Your Name” on par with the best of their work.” THR points out the obvious, “though Hammer might be the bigger star and he certainly has a juicier-than-usual role here that he clearly relishes, the true breakout of the film is 21-year-old Chalamet.”

Continue Reading
Advertisement
You may also like...
Related Topics:Call Me By Your Name, Chris Smith, Dee Rees, Jim & Andy: the Great Beyond - the story of Jim Carrey & Andy Kaufman with a very special contractually obligated mention of Tony Clifton, Luca Guadagnino, Mudbound, top-stories