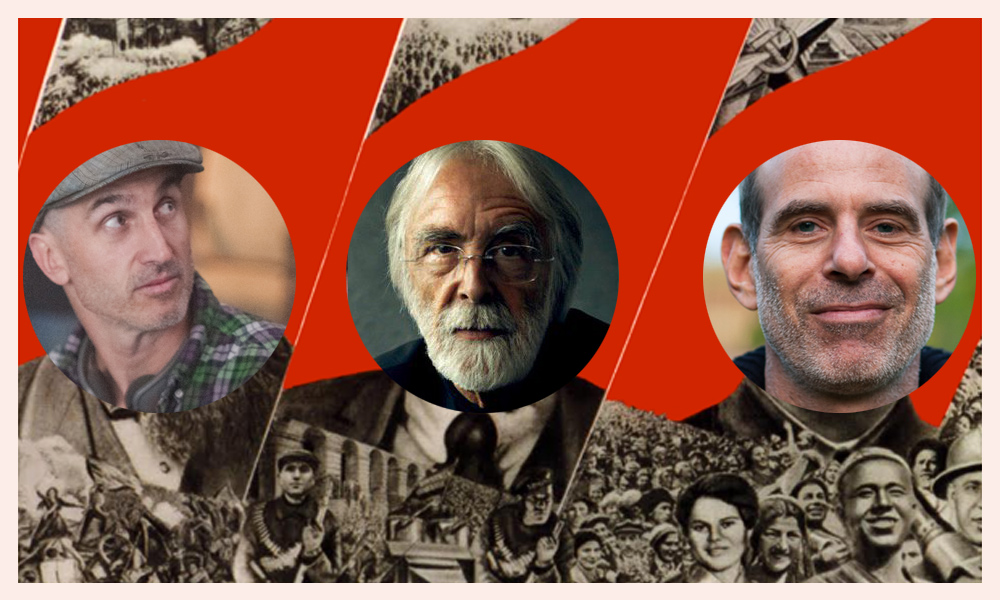 IONCINEMA.com’s Top 3 Critics’ Picks offers a curated approach to the usual quandary: what would you recommend I see in theaters this month? Three films worthy of of your time during the holiday break were all celebrated this year on the festival circuit. Here are the top three for the final month of 2017.

What the critics are saying?: It’s receiving its qualifying run (actual release will be after Sundance in March, but for those lucky enough to catch it — it’ll certainly place within your top 10. Winner of the Best Foreign Language Film for the National Board of Review, this won the Silver Lion Grand Jury Prize and a pair of other awards at Venice. I personally caught it at TIFF and gave a full point more than our Tommaso Tocci, who out of Venice made the comparison between his debut and now this sophomore film citing “he returns with a much more complex and layered three-part drama that nonetheless retains the urgency and authenticity of Maoz’s desire to engage with his own experience of war.” THR’s Deborah Young was just as impressed as I was, calling Foxtrot, “exponentially more anguishing. It takes its place among the boldest, angriest critiques of contemporary Israel, specifically the army’s use of immature young people to carry out its political agenda.” The Guardian’s Xan Brooks ends his 4-star review with a great point: “Maoz’s message is plain. This world is off-balance – and every day it gets worse.”

What the critics are saying?: Grabbed by the Neon folks out of Canada’s main hub, the consensus out of Toronto was: we have a hit on our hands and actresses Margot Robbie and Allison Janney are worthy of all the accolades that’ll follow. From TIFF, I thought the production value was rather impressive,”veteran filmmaker Craig Gillespie jazzes this up and sets the right tone and look, while Margot Robbie and Allison Janney add depth, sharp tongued delivered humor to what would have normally been simple caricatures.” Variety’s Owen Gleiberman makes a good point: “for a while, you may make the mistake of thinking that “I, Tonya” is a joke: a blithe spoof of Tabloid Nation. It is that, yet it’s also built around something piercingly sharp and sincere: Margot Robbie’s canny, live-wire, deeply sympathetic performance.” THR’s John DeFore is spot on with the filmmaker and film, “the lively and lurid film has solid commercial legs under it and marks a rebound for Gillespie, who has yet to match his lovable breakout film, Lars and the Real Girl, but is definitely earning his right to keep trying.”

What the critics are saying?: Finding itself at the middle of the competition pack among our Cannes Critics’ Panel grid (see the full grid view), our Nicholas Bell mentioned he “most likely be eclipsed by Haneke’s own formidable shadow in the eventual endless comparisons of what has come before, this is still wickedly superb social satire, and the little bit of sugar evident in his latest formulation only allows the lacerations to cut deeper.” Perhaps the film’s biggest defender out of Cannes was The Guardian’s Peter Bradshaw who called Happy End “a satirical nightmare of haute-bourgeois European prosperity: as stark, brilliant and unforgiving as a halogen light. It is not a new direction for this film-maker, admittedly, but an existing direction pursued with the same inspiration as ever. It is also as gripping as a satanically inspired soap opera, a dynasty of lost souls.”IndieWire’s Eric Kohn signed off on his Cannes A- review by talking about the grip of the film: “Huppert takes control of the situation with a devious punchline, but Haneke ups that moment only minutes later with one of the very best endings in his filmography to date. Bringing the material — and the family history — full circle, he leaves us with the implication that the only solace in a cycle of self-loathing is finding others who share the disease.”