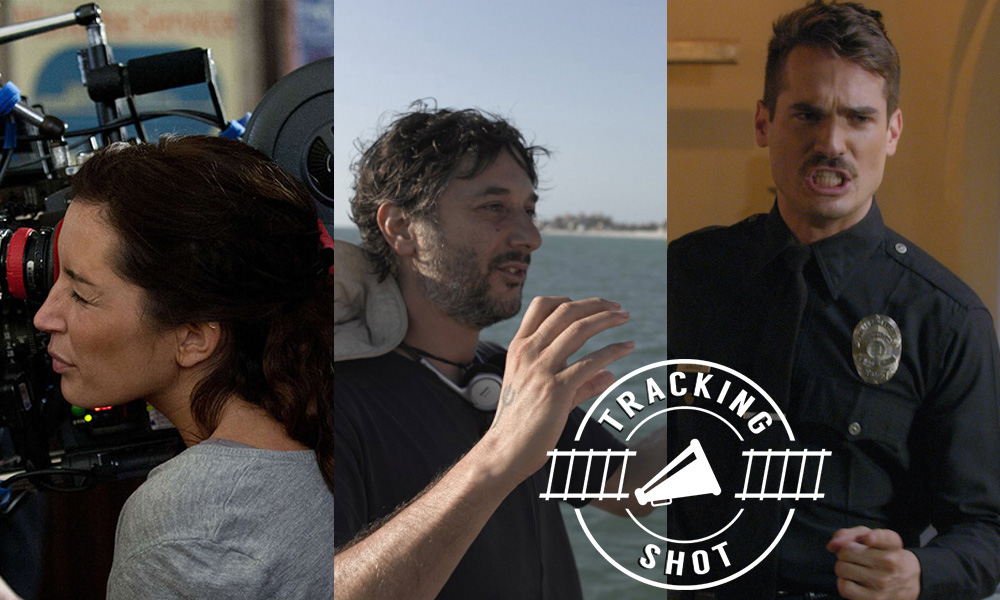 “Tracking Shot” is a top of month featurette here on IONCINEMA.com that looks at the projects that are moments away from lensing. Normally, we launch this update at the top of the month, but we were bogged down year end write-ups. These are among the last batch of films being filmed or prepped before December’s holiday season kicks in. September and October productions that closed up shop or are currently ongoing productions. Claire Denis’ High Life and Barry Jenkins’ If Beale Street Could Talk are top anticipated film items for 2018 that were October items, but here are a slew of films that we are keen on that are overlapped into October and or November: Stéphane Brizé’s Un autre monde (with Vincent Lindon), Jamie Adams’ Bittersweet Symphony (with Suki Waterhouse), Brittany Poulton and Daniel Savage’s Them That Follow (with Olivia Colman), Carol Morley’s Out Of Blue (with Jacki Weaver), Pippa Bianco’s untitled debut based on her short Share (with Rhianne Barreto), Edward Zwick’s Trial by Fire (with Emily Meade), Miles Joris-Peyrafitte’s Dreamland (with Margot Robbie), Claudia Myers’ Shadow Girl (Zosia Mamet), Tim Sutton’s Donnybrook (with Jamie Bell), Chiwetel Ejiofor’s The Boy Who Harnessed the Wind (he also stars), Koen Mortier’s Angel (with Vincent Rottiers), Neil Jordan’s The Widow (with Chloë Grace Moretz, Maika Monroe and Isabelle Huppert), Spike Lee’s Black Klansman (with Adam Driver), Julius Onah’s Luce (reteams Funny Games’ Naomi Watts, Tim Roth), Eli Roth’s The House with a Clock in its Walls (with Cate Blanchett), Michael Goi’s Mary (with Gary Oldman), Martin Krejci’s debut The True Adventures of Wolfboy (with Jaeden Lieberher), Joel Edgerton’s Boy Erased (Lucas Hedges, Nicole Kidman, Edgerton, Russell Crowe and filmmaker Xavier Dolan), Laure de Clermont-Tonnerre’s Mustang with Connie Britton and Matthias Schoenaerts, Geneviève Dulude DeCelles’ Une colonie and Paolo Virzì’s Magic Nights. Here are a dozen films going into production this month that are worth tracking this November:

By coincidence, in downtown Montreal, I ran into Armie Hammer who is working on Mimi Leder’s On the Basis of Sex with Felicity Jones toplining, while Jonathan Levine was back in Montreal (and filming in my hood St-Henri – see my paparazzi foto) reteaming with Seth Rogen for Flarsky (Charlize Theron is also on board). 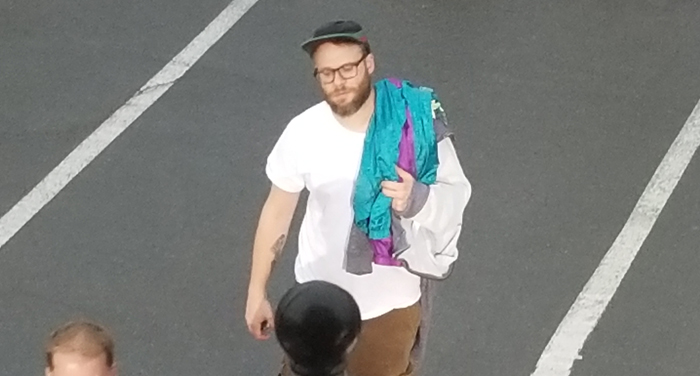 Among the “high” lights that began lensing this month, we find Harmony Korine‘s The Beach Bum filming in Florida. In what might be a unique film-going experience (smell-o-vision might be brought back), this stoner-comedy sees Matthew McConaughey as Moondog, a poet, rebel and, yes, beach bum who lives life on his own terms. Apparently, the filmmaker already has theatres signed up for the full “experience”. Bria Vinaite who was in Sean Baker’s The Florida Project, was also signed up.

One of our most anticipated debut films for circa 2018, is the child of the Sundance winning short film. Writer, director, and star Jim Cummings just finished lensing on the lengthier version of Thunder Road. The successfully funded KickStarter project filmed in Austin.

We’re not big on studio films, but every now and then there are pieces to a puzzle that get us revved up as is the case with this indie film stalwart who has been solid behind the camera for decades, and now embarks on her third feature. Filmmaker Reed Morano teams with dp Sean Bobbitt (his best work was Derek Cianfrance’s The Place Beyond the Pines) for what a global espionage thriller with Blake Lively in La Femme Nikita-esque mode. The Rhythm Section will drop in 2019.

Todd Solondz embarks on his ninth feature film with a Penélope Cruz and Edgar Ramírez pairing. A Killer Films production, Love Child centers on a delusional 11-year-old boy who’s obsessed with his mother and attempts to orchestrate an accident that nearly kills his abusive father. We haven’t had an conclusive intel that this began filming, so we’ll await trade news in the near future. The Belgian director Joachim Lafosse hits Morocco for his eighth feature, Keep Going. The adaptation of Laurent Mauvignier’s novel stars Virginie Efira and Kacey Mottet-Klein. Eva Ionesco is finally returning behind the camera with Isabelle Huppert in two for her sophomore film. Une jeunesse dorée is a generational film set in the late 70s and sees a quartet clash. Far From Men director David Oelhoffen begins filming Close Enemies, a crime thriller (perhaps Audiard underworld like) with the pairing of Matthias Schoenaerts and Reda Kateb.

We’re keeping our eyes on include Damien Chazelle‘s fourth feature film, and second pairing with Ryan Gosling on First Man, while Sebastien Lelio will get to work with Julianne Moore on not a remake, but a reassortment of his own film, Gloria. Julianne Moore takes over reigns from Paulina García. Long in the works Tuscaloosa, an indie drama based on the novel of the same name by W. Glasgow Phillips, with Devon Bostick and directed by Philip Harder. Circumstance helmer Maryam Keshavarz is behind the camera for her second narrative film item called Vulture Club with Susan Sarandon. Finally, Rosson Crow will direct her debut Utopia Road with Garrett Hedlund, Rebecca Hall and Anjelica Huston.