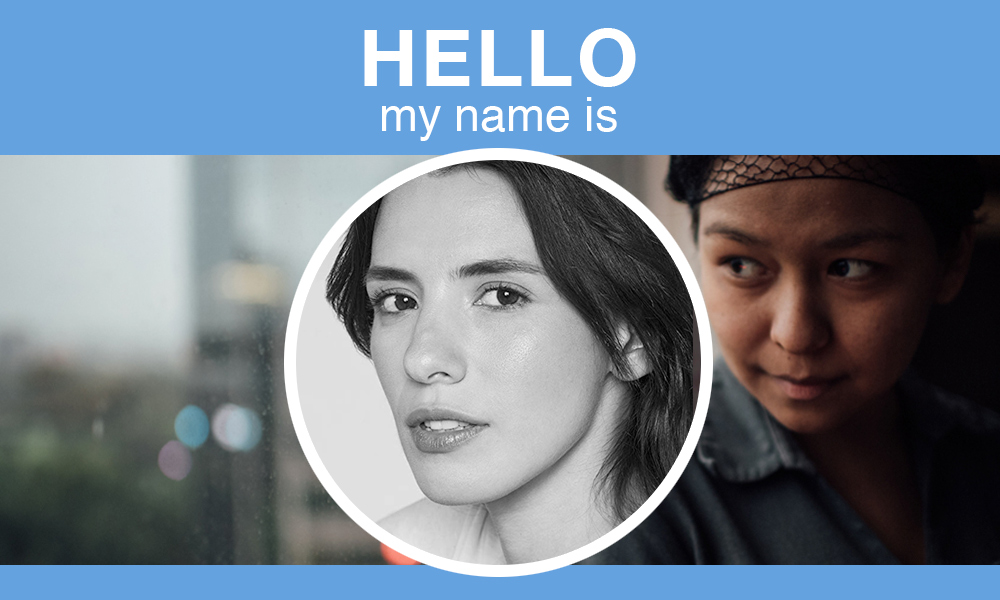 IONCINEPHILE of the Month: Lila Avilés – The Chambermaid

IONCINEMA.com’s IONCINEPHILE of the Month feature focuses on an emerging creator from the world of cinema. This June, we are pleased to introduce filmmaker Lila Avilés and her debut feature film The Chambermaid (La camarista) which debuted at 2018 edition of the Toronto Intl. Film Festival. Starring Gabriela Cartol, Kino Lorber opens the film on Friday, June 26th at the Film Forum in New York City. As per usual, make sure to check out the second portion of this profile – where Lila lists her top ten films (perhaps more) of all time.

Eric Lavallée: During your childhood … what films were important to you?
Lila Avilés: When I was young I spent much of my childhood in Cuernavaca (a small town near Mexico City). There my uncle had a huge black and white VHS collection of Mexican films, mostly from Mexican Cine de Oro, such as “Escuela de Vagabundos” Rogelio A González, “Macario” Roberto Gavaldón, “Dos Tipos de Cuidado” Ismael Rodriguez, and “Marcelino Pan y Vino” Ladislao Vajda — this one impressed me a lot. I’m was also a fan of  “The Sound of Music” and all the characters of “The Wizard of Oz”. We didn’t had so many films at home, so animated films such as “Dumbo” and “Pete’s Dragon” were ones we’d watch repeatedly.

Lavallée: During your formative years, what films and filmmakers inspired you and could you name some Mexican films/filmmakers that influenced you as well.
Avilés: My favorite filmmakers are Cassavetes, Martel, Bergman, Herzog, Bela Tarr, Kubrick and Kaurismaki. Because I didn’t have any formal training, my real school was Cineteca Nacional, the cinematheque in Mexico City. They bring films from everywhere, and it opened up my horizons.

The tickets were really inexpensive, so it was cinema for everyone. It’s the cine cathedral. You sort of develop different personalities as a teenager when you see films that were shown there. I remember I saw the French film “La Haine” there, I felt I was a tough cookie. Then I became a spiritual being from the documentaries of Herzog, and then I felt like a sweetie after having viewed Amelie. Personally, an important and precious moment was when I discovered “La Ciénaga” from Martel, I felt that I was just the normal and simple Lila Avilés to then understanding something profound about myself. From there I thought..I want to direct!

Another great place was VIDEODROMO, it was full of DVDs for rent, and really well organized. I loved that place, it was my perfect weekend. It was like when you walk into a bookstore, you felt that the books choose you. This was a long time ago. From Mexico there were several films that left a mark on me. “Cabeza de Vaca” Nicolas Echeverría, then “Cronos” Del Toro, and of course “Amores Perros” from Iñárritu, and Cuaron´s “Y tu Mama También”, “Temporada de Patos” Fernando Eimbke,“ Luz Silenciosa” and “Post Tenebras Lux” Reygadas, “Heli” Amat Escalante, Michel Franco and the documentaries, “Tempestad” Tatiana Huezo, and “Eco de la Montaña” Nicolas Echeverría. “Una Corriente Salvaje” Nuria Ibañez. A lot of great Mexican films and filmmakers!!

Lavallée: You began your career by acting — I was wondering if the choice to both write and direct was something that was part of the master plan and how has acting informed you about your approach/working method with actors for The Chambermaid and future films?
Avilés: I’m really curious. I couldn’t imagine only acting and … that’s it. It’s something about the creative process, and for a long time I knew I wanted to direct, but you know, if you don’t study cinema, you just don’t know until you verify it. My strength is to always work with my intuition, if you connect with that, you can connect with others. Personally, working with people is powerful, it’s this aspect in which I appreciate the most. People that are grounded, that I can travel with, that I can share with, regardless if its for a film. For me it began by working in theatre and yet I had this sentiment that something was missing in the work. Now I know where my happy place is and it is a perfect connection between humans, photography, sound and story-telling.

Lavallée: From a technical aspect, what was the most difficult sequence to film for The Chambermaid?
Avilés: All the long sequences of the hotel corridors, because the real light of the hotel was difficult to work with and we were working with the hotel that was operational — so we cannot change them, and we had to deal with the hotel’s clients  which was kind of tricky. For example, in the sequence with the glass cleaner — the client was outside the room.

Lavallée: Can you discuss the collaborative process you had with your Editor, Omar Guzmán…
Avilés: Omar has a really good taste in cinema and I like his creative approach as well. We needed to do a rough assemblage in one month to gain further funds for post-production. He delivered the goods by synchronizing and organizing all the material! Once we obtained those funds, we edited together, but for me that previous edit was the crucial. He truly gave everything for the film. He is also a director, he has a documentary directed with Ricardo Silva, called William the Judo Teacher.

Lavallée: Can you discuss the collaborative process you had with your Cinematographer, Carlos Rossini …
Avilés: When I met Tatiana Graullera, the producer, she showed me some cinematographers, but what I really liked about Rossini, is that he come from a documentary background. I love photography, but I also love people. So I don’t like to work with cinematographers that spend so much time in lighting. When I started talking with him, I immediately knew he was the one. We filmed for only seventeen days, and that was it. So I’m really proud that we were a great creative match! We understand each other very well, from the first moment I new that I wanted to film land sequences on longer takes and he trusted in that point of view.

Lavallée: Can you discuss the collaborative process you had with your sound designer, Guido Berenblum…
Avilés: My real sound was a mess. My script had so much notes about sound design that I thought no one would be able to understand what I was looking for in terms of sound. So I was really afraid about that part. So when the co-producers boarded the project, I told them that I really wanted to work with Guido Berenblum, the sound designer of Lucrecia Martel. I had that one request. We would return to record several times in that hotel and then I flew out to Argentina to work with Guido and Gerardo — it was a difficult but amazing experience.