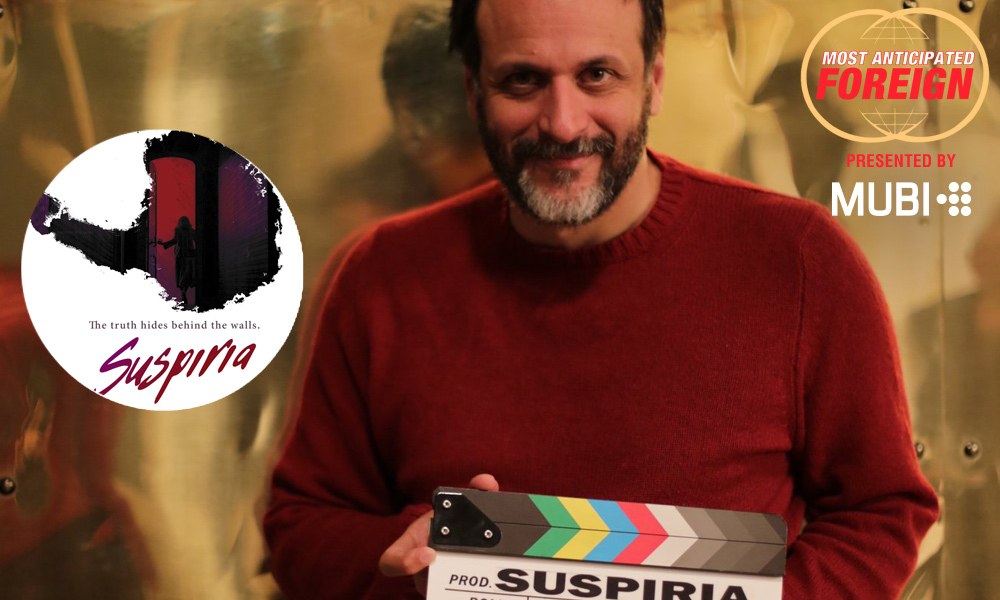 Dario Argento’s 1977 giallo Suspiria is one of the most beloved horror films of all time, an eerie splash of old European glamour, decadent visual aesthetics, and an iconic soundtrack supplied by Goblin. For years, talk of a remake has been considered, and David Gordon Green initially announced a project back in 2012 with Isabelle Huppert cast as the leader of a witch coven in a glamorous German dance academy (Argento’s original coven was headed by American film noir star Joan Bennett, and also included Alida Valli). Plans fell through and Italian auteur Luca Guadagnino took up the reigns, reuniting with his A Bigger Splash (read review) stars Dakota Johnson and Tilda Swinton (a regular collaborator of the director’s). Padding out his coven with a wide array of European delights (German New Wave alums Angela Winkler and Ingrid Caven are in the cast), as well as original star Jessica Harper. We’re curious to see Guadaginino’s ‘reimagining’ of Argento’s splendorous terror, and certainly there will be no shortage of decadence.

Release Date/Prediction: While Guadagnino has been enjoying a cascade of praise for his latest, Call Me By Your Name (read review), ever since its premiere at the 2017 Sundance Film Festival, he’s been putting the finishing touches on Suspiria. A regular at the Venice Film Festival, Guadagnino’s 1999 The Protagonists and 2009’s I Am Love both premiered in sidebars, making 2015’s A Bigger Splash his first time competing for the Golden Lion. While Suspiria could be a contender at Cannes, especially considering US distributor Amazon seems to have shoehorned many of their auteur helmed properties into the competition over the past couple years, Venice 2018 might be the best bet.