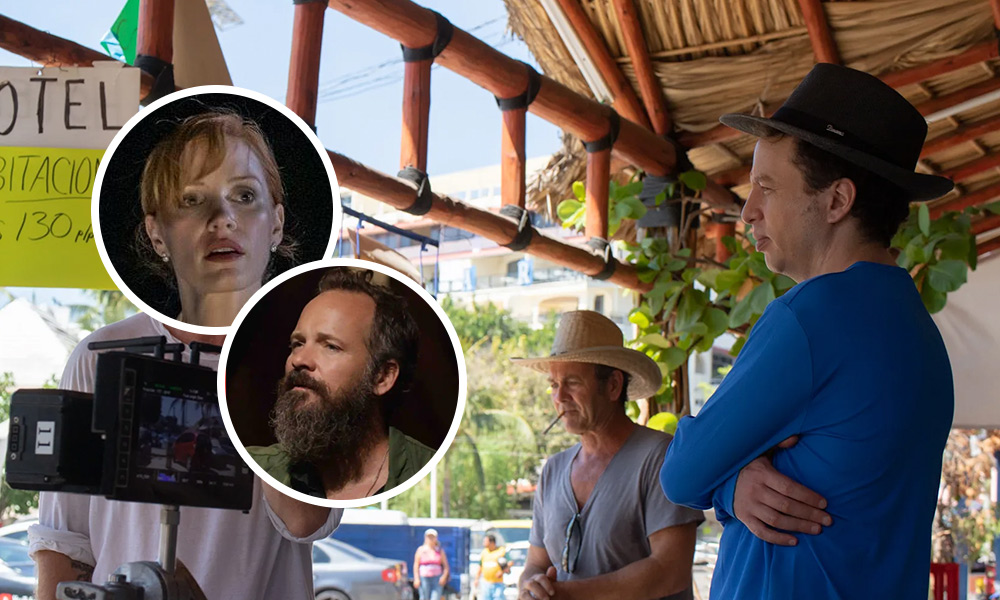 We learned that Cannes and Venice winning filmmaker Michel Franco was possibly circling the country of Poland for his next project. Well, the filmmaker has indeed embarked on a new project but it isn’t in Eastern Europe but Brooklyn instead.  Physically present for several in-person promotional activities for Sundown back in January and possibly being hands on as an executive producer for Jonah Feingold’s current sophomore feature in production (we interviewed the filmmaker for Dating and New York), the NYC staycation equates to a eighth feature film with some major talents in: Jessica Chastain and Peter Sarsgaard. There is no title yet for the under-the-radar project which could be produced by Eréndira Núñez Larios and Cristina Velasco, but we know that Chastain would hav signed up recently – she made the mention when she was doing the rounds for all the award galas related to The Eyes of Tammy Faye. We expect this to be another intimate set for the filmmaker who tends to work with a small handful of performers (the exception might be New Order). As most of you know, we’re huge fans of the filmmaker — his incisive, gut punch social commentary and tendency to bend traditional narrative forms means we’re always excited for some of the themes and character motivations he might tackle next.

One extra tidbit of news is that Belgian cinematographer Yves Cape (who has worked with Franco on his last four features) returns for a fifth time out. Now with a shooting schedule that will easily last into late May, it means that we’ll likely not see the filmmaker return to the fruitful Venice Film Festival, but rather the long game and that a competition slot for Cannes 2023 would be the smarter bet.