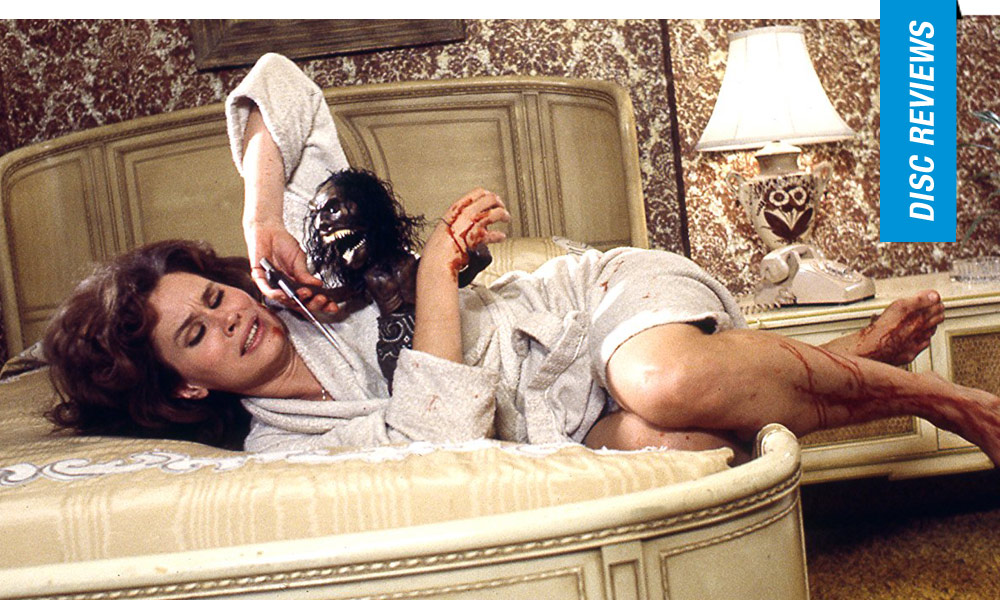 One of the greatest unsung cult anthology treasures is the 1975 television omnibus Trilogy of Terror, which famously featured New American Cinema maven Karen Black in four different roles within three different, delightfully bizarre segments of stories/scenarios from Twilight Zone alum Richard Matheson. Genre enthusiasts have long been aware of Matheson’s considerable contributions and influence, though he’s perhaps most revered for his novel I Am Legend, remade three different times under three different titles starring the likes of Vincent Price, Charlton Heston, and Will Smith (but his name has also enhanced the resumes of names like Joel Schumacher, Richard Kelly, and David Koepp, while Jeremy Saulnier’s new film Hold the Dark might owe something to the Curtis/Matheson 1974 television feature Scream of the Wolf).

Still, for fans of Black, Matheson, or Curtis (who also directed the actress in cult oddity Burnt Offerings), there’s no topping the weirdness of Terror (which is co-written by Logan’s Run writer William F. Nolan), which ends in a fantastically strange crescendo involving Black being terrorized by a Zuni Fetish doll possessed by an evil spirit she unwittingly bought for lover, an anthropology teacher. And while everyone seems to remember the insidious little doll and the uproarious soundtrack which enhances his struggles and strains during their death match (Curtis would resurrect this figure in 1996 for Trilogy of Terror II featuring Lysette Anthony), it’s a pleasure to revisit the subtler two chapters Curtis and Matheson lead with.

Throughout each segment, Black portrays a troubled woman who is forced to redefine her boundaries and conjure some agency, battling (roughly) versions of patriarchy, herself, and finally, her mother (and a demon). In the first segment, “Julie,” Black plays a woman we’re meant to view as a prudish frump, with some witchy tendencies. The film opens as two male college students survey their heterosexual counterparts on campus. “Have you ever seen so many dogs in one place?” Enter Black, a bespectacled intellectual, who inspired the other youth, Chad (Robert Burton, married to the actress at the time of filming but divorced by the film’s air date) to wonder what she looks liked “under all those clothes.” Her nosy roommate (“I didn’t stay up all night to get that kind of answer,” she sneers) chastises Julie’s nonchalant appearance, suggesting the late bloomer could be attractive “if you’d work at it just a little.” Through superficial conversations about Faulkner and Hemingway, Chad seduces his teacher into attending a drive-through movie (a silent French film about vampires), where he drugs her and eventually ensnares her in a devious game of sexual blackmail. Eventually, we learn not all is as it seems in their relationship.

And lastly, there’s poor, painstaking “Amelia,” who arrives home with a cursed Zuni fetish doll as a birthday gift for a lover we’ll never see. Unwrapping him from his box, she comments “even your mother wouldn’t love you,” which ends up speaking to Amelia’s own personal problem—boundary issues with a domineering mother who regales her daughter on the phone for daring to cancel their weekly Friday night date so her daughter can visit with a man. An impressive amount of characterization plays out in this dynamic in Black’s plaintive telephonic conversations, and this initially unfurls like the camp version of Jean Cocteau’s famous play The Human Voice, famously enlivened on film in several iterations (Anna Magnani, Ingrid Bergman, Sophia Loren, and soon Elsa Zylberstein) before descending into sheer outrageousness which manages to keep its eeriness intact despite its silliness and the significantly dated set design by its final frames

Kino Lorber presents Trilogy of Terror as one of its Studio Classics just in time for Halloween. Picture and sound quality are noticeably improved from the earlier DVD edition of the title thanks to this new 4K restoration. A new audio commentary track from film historian Richard Harland Smith, as well as a track featuring Karen Black and William F. Nolan are included among the several extra features plus newly commissioned art by Jacob Phillips.

Notes of Terror with Bob Cobert:
Composer Bob Cobert sits for this new eight-minute interview speaking of his score for Trilogy of Terror, professing to dislike horror movies.