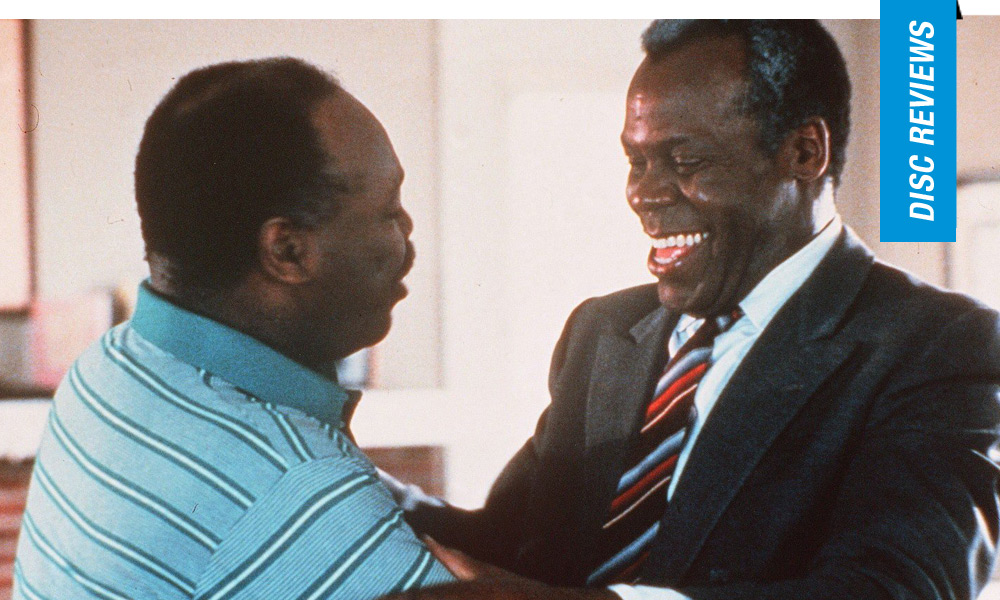 Interlopers have long been meddlesome disruptors in cinema and literature. From those whose presence is expected to those who are unpleasant surprises, their catalyzing arrival pervades the often-tranquil rhythms of nuclear dysfunction they’ve come to unsettle. Whether unpleasant mirror images of their hosts (Who’s Afraid of Virginia Woolf?, 1966), murderous relatives (Shadow of a Doubt, 1943) or seductive strangers (Teorema, 1968), hosting outsiders always has a detrimental tangible effect. And such is the case with the old friend who arrives in Charles Burnett’s masterful third feature, To Sleep with Anger, stirring up forgotten memories full of joy, shame and tragedy for a black South-Central Los Angeles family navigating several strands of familial discord. At the zenith of Burnett’s six theatrical releases to date, it’s a wonder this indie art-house drama isn’t better known, considering it nabbed an Special Jury Recognition prize following its Sundance premiere and seven Independent Spirit Award nominations (winning four, including Director and Screenplay for Burnett, while Danny Glover and Sheryl Lee Ralph took home acting accolades). Just as Burnett’s 1978 debut Killer of Sheep experienced a rejuvenation following a restoration in 2008, the time has come to speak of more unspoken things with another recuperated entry from the formidable director.

Gideon (Paul Butler) and Suzie (Mary Alice) have a comfortable enough life in South Central Los Angeles. Their family isn’t without certain issues thanks to noted friction between their adult sons, including the eldest, golden child Junior (Carl Lumbly) and the younger, rebellious Babe Brother (Richard Brooks). Their banal issues suddenly turn into significant rifts in the wake of Harry (Danny Glover), an old friend of Gideon’s from their younger days together in the deep south. A drifter and a grifter, Harry’s gregariousness is predicated by palpable unease, sleeping on a palette in the guest room as he spins old yarns about the past, evoking both good and bad spirits for the family. The toxic energy created by Harry begins to take its toll and Gideon falls gravely ill as Suzie struggles to keep the family together while remaining an expectedly polite host.

As Ashley Clark points out in her insert essay on Criterion’s release of the title, Burnett belonged to a coterie of filmmakers who made up the LA Rebellion, which included the likes of Larry Clark and Julie Dash (whose Daughters of the Dust, the first film directed by an American black woman to receive theatrical release, was also recently restored).

Burnett’s first two features, 1978’s Killer of Sheep (which was his UCLA thesis project) and 1983’s My Brother’s Wedding are concerned with the specific neighborhood of Watts, where the violence of the 1965 riots forged its name as a major chapter in the racist lineage specific to Los Angeles. Reaching out into the greater expanse of South Central, To Sleep with Anger arrived on the eve of the LA Race Riots of 1992, which continues to define representations of this specific area and coded it with an insular mythology which still evokes misunderstandings from outsiders (i.e., white people).

Burnett’s subsequent filmography would all become lost in the dueling crisis of mixed receptions and fluctuating film distribution woes in American indie cinema, beginning with his tackling police corruption in the flawed downbeat drama The Glass Shield starring Ice Cube. A television adaptation of the Dorothy West novel The Wedding (1998) starring Halle Berry would be a final standout compared to his 1999 dramedy The Annihilation of Fish (which features James Earl Jones, Lynn Redgrave and Margot Kidder) and his undistributed Namibia: The Struggle for Liberation (2007), which reunited him with Danny Glover.

With To Sleep with Anger, Burnett evokes a sense of magical realism which pervades this dark fairytale cum fable about the dangerousness and vulnerability evoked by nostalgia. Opening with a mysterious presentation of Paul Butler’s Gideon, Burnett aims to unsettle from the first frames, which is only furthered by Glover’s (in one of his finest performances) sinister demeanor as a wily trickster. Things get strange as soon as he steps in the door, unhinged by superstition when Gideon’s grandson brushes his foot with a broom, requiring the necessity of salt to be thrown over his shoulder. And then the fetus growing in Junior’s wife stomach also reacts dramatically in the presence of Harry, who like a cursed amulet, begins to warp and transform the energy of those around him.

While Harry sows discord amongst Gideon’s family, the battle lines which had already been drawn long before he arrived begin to swell and his toxicity extends to the other members of the family’s community, breeding chaos. Warily, it’s the women of To Sleep with Anger who are keen to Harry’s effect. As he usurps the patriarchal position after what we come to realize is the inevitable demise of Gideon, it’s the women who suffer beneath the weight of patriarchal tendencies run amok and ensuing domestic abuse (suffered mostly in a resplendent early supporting performance from Sheryl Lee Ralph). Glover towers over a strong supporting cast, which includes real-life couple Carl Lumbly and Vonetta McGee, as well as Mary Alice (perhaps best known as The Oracle in The Matrix films). Examining the trappings of tradition and expectation, Burnett crafts To Sleep with Anger as a cautionary tale about failing to live in the present, whereas nostalgia for the past and an obsession with the after-life and religion allows for the erosion of the present. His title is reminiscent of the angry-young-man classic Look Back in Anger (1958) adapted from John Osborne’s kitchen-sink play by Tony Richardson.

One of Burnett’s most vibrant figures here is Hattie, played with vehement aplomb by Ethel Ayers (who also received an Indie Spirit Nod for her work). While Harry takes pleasure in ruffling the reformed Hattie’s feathers concerning her wild younger days, Hattie is not one to suffer fools. “You ain’t worth the salt you put in greens,” she snarls. When Mary Alice’s Suzie later seeks council from Hattie she advises “If it was left up to me, I’d poison him.” Fortunately for Suzie, Burnett’s universe eventually rights itself, once more through the ambivalent intervention of an innocent child, bringing To Sleep with Anger to a uniquely morose and equally mysterious close.

Criterion recuperates To Sleep with Anger as a new 4K digital transfer (approved by Burnett), presented in 1.85:1 with 2.0 surround DTS-HD Master Audio. Picture and sound quality are impressive, with DP Walt Lloyd (who lensed Soderbergh’s Sex, Lies, and Videotape and then Kafka before and after Burnett’s feature) showcasing oft unexplored facets of residential South Central.

Of Family and Folklore:
Criterion produced this twenty-three-minute program in 2018, which includes Charles Burnett, Danny Glover, Sheryl Lee Ralph and associate producer Linda Koulisis all speaking of their experiences making the film.

Charles Burnett Tribute:
Filmmaker Shola Lynch created this six-minute tribute reel to Charles Burnett, which was presented at the 2017 Governors Awards, held by the Academy of Motion Picture Arts and Sciences.

A Walk with Charles Burnett:
Director Robert Townsend executive-produced this fifty-six-minute feature for Criterion’s Meet the Filmmakers series in 2018, in which he speaks with Charles Burnett on his career while returning to the original shooting locations of both Killer of Sheep and To Sleep with Anger.

An impressive, high-profile indie feature from Burnett, To Sleep with Anger stands on par with his seminal Killer of Sheep and oft unexplored resentments sometimes barely contained.