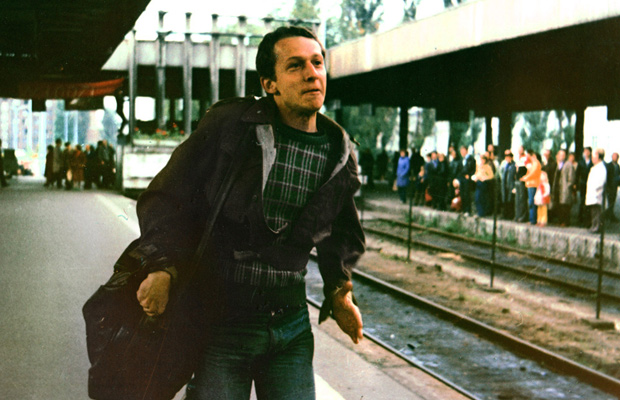 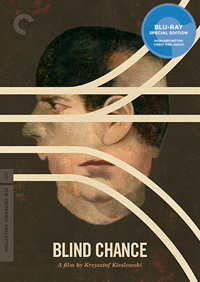 Polish auteur Krzysztof Kieslowski’s fascination with allegorical intersections took full flight with his 1987 title Blind Chance, a three tiered narrative metaphor for Poland’s options following the accession of Communist Party suppression in 1981. Filmed in 1982, the film was censored and withheld from release by Polish authorities for five years, premiering in January of 1987 shortly before it appeared at Cannes that year in Un Certain Regard. Denied the same reputation as the titles from the auteur’s notable period working in French cinema, such as 1991’s The Double Life of Veronique and the Three Colours Trilogy: Blue, White, Red, it’s a fascinating exploration of the psychological and experimental cinematic techniques Kieslowski would go on to develop. Though significantly informed by the political climate of Poland, it’s also a unique narrative from Kieslowski in that it remains in the perspective of a central male character.

Witek (Boguslaw Linda) is an aspiring medical student following the succession of the Communist Party in 1981 Poland. But when his father urges him to abandon the profession with his last words, the youth takes off from Lodz to Warsaw in a succession of three separate instances meant to illustrate the limited options in a country ruled by Communism, all surrounding Witek’s ability to get on the train. In the first scenario, he manages to get on in the nick of time, leading him to unite with a member of the old Stalinist party, and eventually finds himself becoming a Communist. But Witek is quickly disillusioned by the party’s empty ideals. In the second segment, Witek misses the train, knocks over a guard and is imprisoned for thirty days, where he becomes involved with the underground student movement. In the last segment, he also misses the train, but returns to the medical profession, marries, and decides to remain ambivalent about the party—but eventually circumstances call for him to choose an alliance.

An auteur who prized formulations and structured themes, like the outline of The Ten Commandments informing his famed The Decalogue (1989), the colors of the French Flag with Three Colours, or the existential formulation of the Heaven, Hell, Purgatory project he was engaged with before his death (each of those screenplays was eventually made by another director), makes Blind Chance seem less tethered to a fixed point of comparison.

Chance vs. choice instead is the main motif, though both options’ outcomes are manufactured or manhandled by the suppressive force of Communism, a dictating force relegating all avenues of options and opposition to only one unfortunate and inevitable outcome. The everyday occurrences that factor into our daily lives, both short and long term, are eventually negated by governmental sanction, and thus, Blind Chance remains a powerful political statement, though it doesn’t reach the same significant heights as later works from Kieslowski.

This 4K digital transfer of the original uncensored film is as complete a version we’re going to get (only one censored sequence was unable to be saved, as we’re warned at the credits), and Kieslowski’s title, utilizing DoP Krzsztof Pakulski, often resembles the drab essence of Darius Khondji’s work on Caro and Jeunet’s 1991 post-apocalyptic comedy Delicatessen. Championed by Scorsese and influencing a generation of filmmakers that would include Agnieszka Holland (who co-wrote two sections of the Colours trilogy) and Tom Tykwer, its a beautiful treatment of title that’s lapsed into obscurity. Criterion includes a fashionable amount of inspired extra features.

“Blind Chance” Unshelved:
An interview with Polish film critic Tadeusz Sobolewski conducted by Criterion in 2015 considers the film’s significance within Kieslowski’s body of work as well as the political context that informed its making and the censorship troubling its reception. In this eighteen minute feature, Sobolewski contends the film is a turning point in the director’s career and is one of his most important works.

Nine Sections:
Nearly ten minutes in length, this bonus feature includes nine sections of Blind Chance that were altered before it was eventually allowed release, with the censored segments appearing in color.

“Every idea has its period of error,” explains an ex-Stalinist party member to Witek, something that can be applied to the overall emotional effectuality of Blind Chance. Boguslaw Linda definitely stands out as the essential figure in this examination of unforeseen circumstances dictated by something as simple as catching a modern mode of transportation. As its tragic finale suggests, there’s no predicting an outcome, no matter how simple or safely assumed.