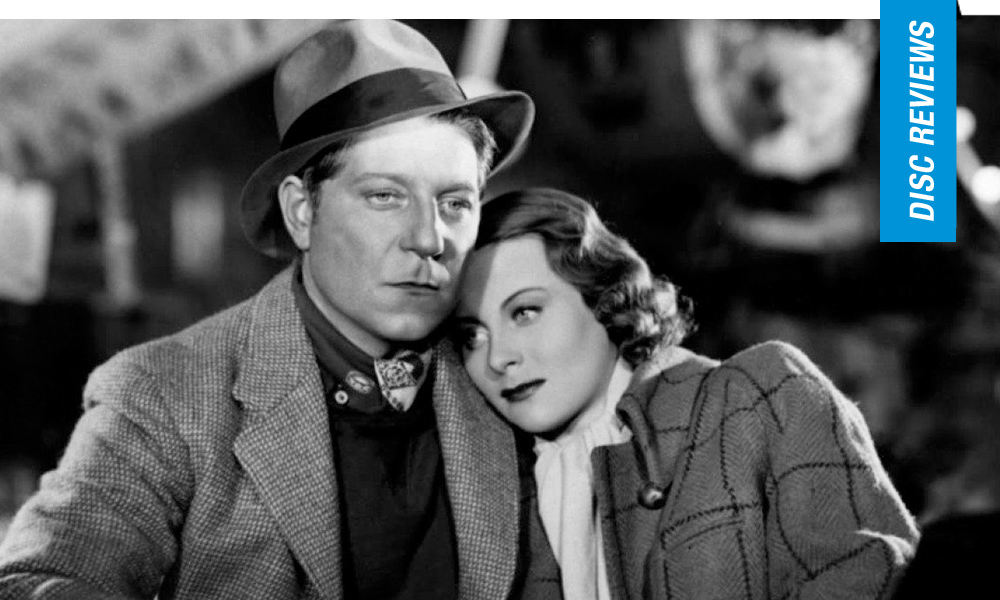 Kino Lorber pilfers another title from Criterion Collection with the re-release of Port of Shadows on Blu-ray. A seminal French film noir, the film’s troubled production was thanks in part to its source material, Pierre Mac Orlan’s controversial novel of the same name. Headlined by matinee idol Jean Gabin, who had already starred in Renoir’s The Lower Depths (1936) and Grand Illusion (1937), the film also marked the first major role for leading lady Michele Morgan, while Renoir’s other favored alum Michel Simon (La Chienne, 1931; Boudu Saved from Drowning, 1932) stars as the sinister villain.

A template for noir at its most fatalistic, Gabin stars as Jean, an army deserter who ends in Le Havre in hopes to secure passage to Venezuela. Unfortunately, he finds himself the reluctant owner of a scrappy dog and simultaneously lovestruck by femme fatale Nelly (Morgan). While the attraction is mutual, Nelly is embroiled in a rather troubling scenario as her ex-lover Maurice has mysteriously disappeared whilst she’s accosted by the sniveling local gangster, Lucien (Pierre Brasseur). But it seems her godfather Zabel (Simon) has other designs for Nelly, which leads to a dramatic showdown between the three male characters.

The meeting place for the film’s central figures transpires in Panama’s, a local dive bar in a tone which Tarantino favored in his 2015 film The Hateful Eight. Gabin, whom everyone assumes is on furlough, is likeably swarthy (oft compared to Humphrey Bogart, he’s not unlike an early Depardieu, decades later), who shares an odd but favorable chemistry with Morgan, playing the seventeen-year-old Nelly. There’s a melancholy humanism employed in their characterization which allows for the otherwise simple story to maintain its tragic appeal, which is something director Marcel Carne would use to his advantage in his more famous iconic dramas, namely Children of Paradise (1945).

Jacques Prevert adapted the novel in a script filled with withering, world-wearied observations from its down-and-out characters. Simon, who isn’t too far removed from the kindlier but equally lecherous Monsieur Hire in Julien Duvivier’s Panique (1946), is most amusing in his interactions with Brasseur’s cowardly Lucien, who he describes as the “son of a fine family, but ill-bred.” Later, as Gabin finds himself unwittingly framed by the powers that be for the murder of Maurice, courtesy of a too-good-to-be-true fake passport, another remarks, “Funny how all men look alike on paper.” As Port of Shadows jettisons itself into its final throes (which involves a fatal choice for Jean, who doubles back from safe passage a bit like Stanwyck in Baby Face, 1933), Prevert’s most resigned line of dialogue seems to haunt the credits – “Living is hard.”

Kino Lorber presents Port of Shadows in 1.37:1, and includes an introduction by professor and film critic Ginette Vincendeau. Part of Kino Lorber’s Studio Classics, this is a fine presentation of the shadowy noir, enhanced by memorable cinematography from Eugen Schufftan (who won an Oscar on his work for The Hustler, 1961). The disc also includes a documentary about the film, On the Port of the Shadows.