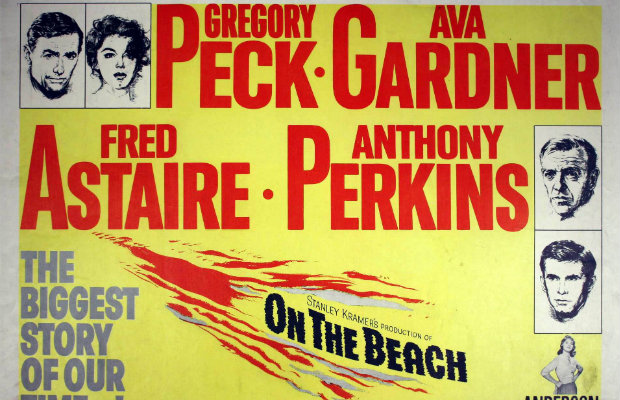 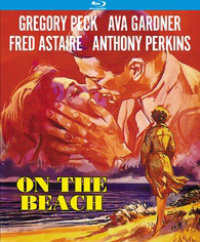 Within the well intentioned lexicon of Stanley Kramer’s filmography, his 1959 title, On the Beach remains the most prescient, a post-apocalyptic science fiction filmed steeped in light melodrama. Winner of the Golden Globe for Best Motion Picture Score (Ernest Gold) and a pair of Oscar nominations, nuclear fallout after the deployment of mankind’s deadliest war time weapons has rendered mankind obsolete with the exception of the inhabitants of Australia and the crew of the U.S. submarine Sawfish, guided by Captain Dwight Towers (Gregory Peck). An SOS signal in San Francisco leads Towers out with a crew to determine if the radioactivity has abated, but there’s no such luck. Worse, the radiation cloud will soon reach Australia’s shores, leaving the last remnants of humanity little time to grapple with the encroaching end.

As the last remaining humans navigate their remaining days of existence in Australia, paralyzed by the fact that radioactivity will inevitably be choking them out, the unavoidable message is that war will cripple the empire of human civilization. As Astaire’s sad eyed alcoholic succinctly sums up for us, “the devices outgrew us,” and responded accordingly by creating reverberations beyond our limited control.

Considered the first serious motion picture to deal with the subject matter (i.e., not one of those low brow sci-fi genre cheapies), On the Beach probably wouldn’t be surpassed in the subject matter until 1979’s The China Syndrome opened twelve days before the Three Mile Island nuclear accident. And, as could be expected, is styled very much as a product of the time, tightly focusing on a small handful of lonely, desperate human beings trying to figure out how to grapple with their last few days on Earth.

There’s too much exposition, with dialogue and characterization often hampered by the conservative 1950’s aesthetic. But, there are unexpected details that Kramer gets just right, including the handling of the last reserves of petrol. Citizens ride bikes or buses in their last days on the streets of Australia, unlike the vague details about obtaining the energy source featured in modern portrayals of the post apocalypse on the seventh continent, like the Mad Max films or The Rover. We still get a Grand Prix car race, but it’s as a fulfillment for Astaire’s Julius before he dies.

On the Beach features an all-star cast all at various junctures in their careers. Already a major star, the coming decade would prove to be lucrative for Gregory Peck, who still had his Oscar win for To Kill a Mockingbird ahead of him. Ava Gardner was fresh out of a twenty year contract, and the film would be her first title personally chosen. Together, they don’t exactly light up the screen with burning passion, but it’s a subdued, plagued romance that still reaches levels of emotional potency.

Less appealing is the rather awkward relationship of Anthony Perkins’ lieutenant and his disappointed wife, the screen debut of Donna Anderson, whose only other notable credit would be Kramer’s next film, Inherit the Wind. Kramer had a penchant for extended running times, and Beach is no exception, though the absence of Perkins/Anderson would have helped cut down on some of the unnecessary melodrama.

Giuseppe Rotunno’s cinematography fluctuates between lapses of grainy docudrama and highly stylized framing, and while On the Beach sometimes seems in need of trimming, it’s always striking to look at, often pulling in tightly on weathered, desperate faces, such as Astaire and Gardner. Presented in 1.66:1 aspect ratio, this is a handsome presentation of a classic title from Kino Lorber, though it seems a pity that such a well-known title arrives without any special features.

On the Beach reaches moments of potent poignancy in its last frames, whispers of “Waltzing Matilda” playing over Ava Gardner’s beautiful profile on the windswept shore as she watches Peck descend once more into the sea. Moments later, we catch a glimpses of the now empty streets of Australia, as haunting as a hollowed out San Francisco from earlier in the film, the waltz breaking away into a jagged, disconsolate score to leave us with a poetically effective chill.