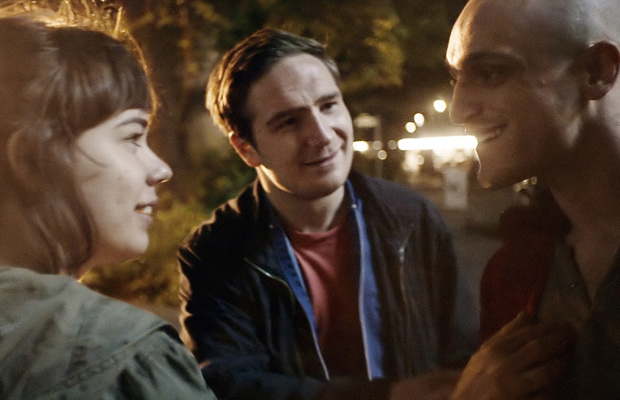 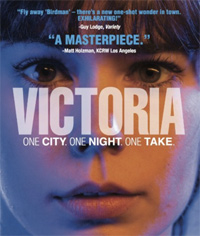 Earning about as much praise as criticism (including tying for the Silver Berlin Bear in 2015) is actor/director Sebastian Schipper’s fourth feature, Victoria, the impressively formulated, single take romance/bank heist thriller. Completed after three attempts and largely improvised (the initial script was only twelve pages), it’s a testament to the ambitious possibilities of cinema, and potentially an argument for the necessity for multiple takes in the first place. Although its limited US theatrical release in October, 2015 courtesy of distributor Adopt Films didn’t garner the same excited response it received on the international circuit (it was actually bypassed by the Toronto International Film Festival), this will be a title now referenced as the gold standard for narratives transpiring within a single take.

Opening in the throes of a dance floor of a packed techno club, Victoria (Costa), makes her way to the exit. Dawn is approaching, and she’s scheduled to work, charged with opening a café. On the way out the door of the club, she strikes up conversation with Sonne (Frederick Lau) and his band of unruly friends, including Boxer (Franz Rogowski), Blinker (Burak Yigit), and Fuss (Max Mauff). Victoria, a Madrid native currently working in Berlin, is obviously attracted to the gregarious Sonne, and meanders outside the club with the group of friends, apparently celebrating the birthday of Fuss. Following them around the night-time streets of Berlin, she eventually insists on departing their company in order to rest at work prior to the beginning of the new day. Sonne escorts her, and they share some private conversations about their backgrounds. However, they’re interrupted by the intense return of Boxer and company, who bursts into the café announcing he owes powerful gangster Andi (Andre Hennicke) a favor, which needs to take place that very morning. To pay back Andi for the protection he afforded Boxer while they were in prison, he must rob a bank and deliver the goods to him. Due to Fuss’ extreme inebriation, they must ask Victoria to be the driver. Partially unaware of what’s going on thanks to her limited understanding of German, she agrees, and sets off on a tragic odyssey.

Initially, the novelty of Victoria’s audacious conception is quite impressive. Unfolding in real time, however, it lends itself to a bit of tediousness, and eventually seems an elongated running time for what’s usually afforded comparable narratives. True, Schipper manages to realistically convey Victoria’s growing attraction to Sonne, their interactions relayed via clipped English, which explains a bit of her immediate acquiescence to join his little gang even though they seem a bit rough around the edges from their first interaction. Characterizations are uniformly impressive, and Schipper gets an unprecedented amount of organic interactions that lean towards improvisation (though Schipper shares writing credits with Olivia Neergaard-Holm, also a writer on The 11th Hour, and Eike Frederik Schulz).

To cite Victoria as a cinematic feat is an understatement, and it joins the ranks of similar esteemed projects of single-take impossibilities like Aleksandr Sokurov’s 2002 film Russian Ark (which has a running time of 99 minutes). With Schipper beginning his shoot at 4:30am and its two leads onscreen nearly the entire 138 minute running time, this is a mind boggling piece of cinematic choreography, played out nimbly and effortlessly. On a rewatch, tediousness tends to take over the establishing first half of the film, while it’s impressive finale, wherein Schipper breathlessly projects carrying his heroine into a scenario that doesn’t seem terribly logical when closely examined, is a splendorous achievement even considering these detractions.

Transferred in 16:9 aspect with Dolby Digital Stereo sound, the presentation is serviceable, though the content doesn’t command the same attention as it does on the big screen. Considering the curiosity surrounding the film’s production, the lack of bonus features is a minus (though it isn’t exactly the type of exercise allowing for outtakes or deleted scenes).

An ambitious experiment which will impress the technically obsessed and potentially aggravate the impatient, Victoria proposes an interesting debate on the mechanics of cinema, while presenting an engrossing narrative managing to build to a tense, impressive finale.