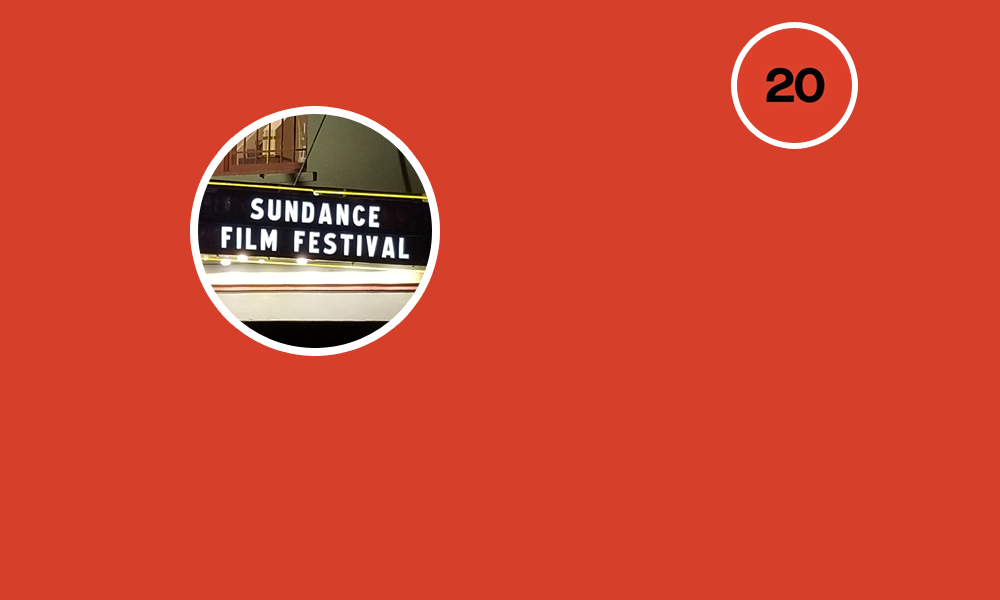 Libertad
A burgeoning screenwriter on such films as 10,000 Km (2014) and Jaime Rosales’ excellent Petra (2018), Clara Roquet workshopped this project at the 2019 January Screenwriters Lab. Filming took place this summer in Barcelona with players Nora Navas, Maria Rodríguez Soto and Vicky Peña onboard. Set on Catalonia’s gorgeous Costa Brava, the feature turns on the Vidal family which is spending a summer with their Alzheimer-affected grandmother Ángela. Overprotected and shy, 14 year-old Nora goes through a difficult time after her parents’ separation, but what looked like another tedious, sad summer for Nora, turns into a dangerous coming of age experience with the arrival of Libertad, the wild 15-year daughter of Ángela’s Colombian caretaker.
Prediction: WORLD CINEMA DRAMATIC COMPETITION

Little Fish
Morris from America (Sundance 2016) helmer Chad Hartigan landed on a Blacklist screenplay and set off to Vancouver this past April for a project about a couple who fight to hold their relationship together as a memory loss virus spreads and threatens to erase the history of their love and courtship. This stars Olivia Cooke, Jack O’Connell and Raúl Castillo.
Prediction: U.S. DRAMATIC COMPETITION

Lost Girls
Another Netflix project with some Sundance-cred, Liz Garbus moved into fiction after about two decades worth of documentary films. A book to film project starring Thomasin McKenzie, Amy Ryan, Dean Winters, Gabriel Byrne, Lola Kirke, Kevin Corrigan and Oona Laurence, this went into in production in late 2018. This is about a mother searching for her missing daughter in Long Island makes a horrifying discovery in the woods where the murdered bodies of four girls have been dumped.
Prediction: PREMIERES

Luxor
Almost a decade since her directorial debut (Sundance preemed The Imperialists Are Still Alive!), Zeina Durra finally got back into the saddle with an April shoot on an Egypt set project with Andrea Riseborough and Karim Saleh. Her sophomore feature concerns Hana (Riseborough), a British aid worker stationed at the Syrian border, takes a break from the horror and atrocities she has been living and heads to the ancient city of Luxor. When destiny brings her together with her old love, she seeks guidance walking through the old temples and tombs of the magical ancient city.
Prediction: WORLD CINEMA DRAMATIC COMPETITION

Minari
Americana and growing up Korean-American are aspects to watch out for Lee Isaac Chung‘s fourth feature film. Filming on the A24 project took place this past July in Atlanta with the likes of Steven Yeun, Yeri Han, Youn Yuh-Jung, Will Patton and Scott Haze. This is about a Korean family moves to Arkansas to start a farm in the 1980s.
Prediction: U.S. DRAMATIC COMPETITION

Misbehaviour
Another feature with star wattage that was a no-show this fall, Philippa Lowthorpe knee-deep in production at the beginning of the year with the likes of Gugu Mbatha-Raw, Keira Knightley, Keeley Hawes, Jessie Buckley, Suki Waterhouse, Rhys Ifans, Greg Kinnear, and Lesley Manville. This is about a group of women hatch a plan to disrupt the 1970 Miss World beauty competition in London.
Prediction: PREMIERES

Miss Osaka
Danish docu helmer Daniel Dencik makes his second fiction-based project. Filming took place at the end of 2018 and moved into a separate location shoot in January, this stars Victoria Carmen Sonne of Holiday fame. Loosely inspired by Antonioni’s The Passenger, this follows 24-year-old Ines (Sonne), who wants to change who she is and become someone else in order to cover up her insecurities. When she accompanies her boyfriend Lucas (Følsgaard) on a business trip to Norway, Ines meets a half-Japanese tourist, Maria (Nagisa Morimoto), who instantly fascinates her.
Prediction: WORLD CINEMA DRAMATIC COMPETITION

Mona Lisa And The Blood Moon
After winning the Sundance lottery with critically well-received A Girl Walks Home Alone at Night (2014) and moving onto her sophomore feature in the TIFF preemed The Bad Batch (2016), Ana Lily Amirpour has been keeping busy in television and fine-tuning her recent third outing. Production began in May in New Orleans with the likes of Kate Hudson, Craig Robinson and Zac Efron. This fantasy pic charts the story of a girl with strange and dangerous abilities who escapes from a mental asylum in New Orleans.
Prediction: MIDNIGHT

Monday
Greek filmmaker Argyris Papadimitropoulos will likely take aim at some Euro fests such as Rotterdam or Berlin, but seeing this is in English — perhaps his fourth feature starring Sebastian Stan, Dominique Tipper and Denise Gough might drop in Park City. This is about two self-destructive Americans, living across Athens and the Greek islands who plunge into a tsunami of a romance.
Prediction: WORLD CINEMA DRAMATIC COMPETITION