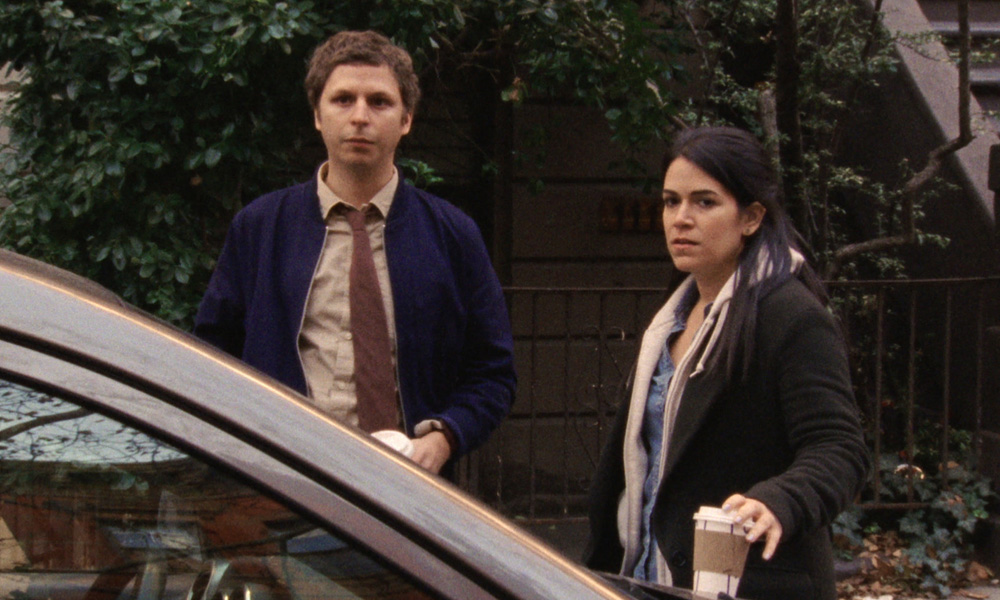 “We shot in 16mm – which is an aesthetic choice, but also, the only choice for this film.” – Dustin Guy Defa

Six years have passed since his feature debut Bad Habit (’11), and with his sophomore film we would revisit a vinyl collecting character fiend from his previous Sundance short. Day 2 at the (Library Center) Sundance Film Festival offered us the world premiere for the NEXT section selected Person to Person. Dustin Guy Defa‘s feature film wears its offbeat New York City characters colors and weird shirts proudly.

Defa took the stage with some of his ensemble cast of his actors in Tavi Gevinson, Abbi Jacobson, George Sample III and Bene Coopersmith who plays the irreverent-esque character mentioned above. The Q and A focused on some of the tonal quirks and characteristic quirks of the set piece. Magnolia Pictures landed rights to the picture just after its positive reaction words SXSW showings — Person to Person gets released in theatres today.