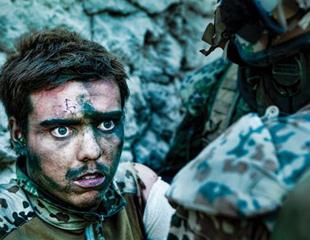 For some reason, this press release wasn’t in my inbox. The European Film Awards have named the three documentary film candidates earlier yesterday for the aptly titled the European Documentary category. Among the trio we find the familiar pair that stretched between Cannes/TIFF with Janus Metz’s award-winning Armadillo and Patricio Guzman’s Nostalgia for the Light. Completing the noms is Joonas Berghäll and Mika Hotakainen’s Steam of Life from sauna loving nation of Finland (even small apartments have a built in saunas) and the shared experience of them. Award night is set next to Finland’s neighbor (Talinn, Estonia) on December 4th.

Gist: Since we already know enough on the Cannes preemed pair, I figure I’d concentrate on the lesser known one from Finland (official candidate for the 2011 Oscar race). It won the Prize of the Interreligious Jury at Visions du Réel, a Special Jury Mention at Silverdocs and was featured at Hot Docs all in 2010.

Worth Noting: Ask me from the three titles above which doc I thought might be the frontrunner and I would have said the Danish Critic’s Week winner (Armadillo). That was before I saw grown men crying in the trailer above.

Why Do We Care?: We like the European Film Awards. Huge voting membership gives a good idea of what Euro titles, future filmmakers to watch out for. But we question: where is Michelangelo Frammartino’s Le Quattro Volte? Is the snub due to it also being an essay film with staged elements?