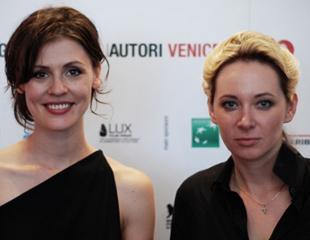 Screen Daily have learned that filmmaker Angelina Nikonova (pictured on the right) will once again team up with Olga Dykhovichnaya (the star and co-writer of her Venice Days and TIFF showcased debut feature film Twilight Portrait) on a film item that carries a whole other DNA. Welcome Home will most likely be followed by a third project by the pair — they are looking for Japanese co-producers to board “a Russian-Japanese story set in the early 20th century Japan.”

Gist: After tackling some fairly rough dramatic terrain, Nikonova is targeting the funny bones with her sophomore pic – the English-language New York-set comedy will be “about a group of immigrants who have become hostage to their life choices.”

Worth Noting: After debuting Twilight Portrait at a Russian film festival, a glowing Variety review was foolowed by a birth at the Venice and Toronto Film Festivals (where we floored by the gusto performance from Dykhovichnaya and both the originally constructed framework, aesthetic choices and craftsmanship).

Do We Care?: Among our top new discoveries of the year, Nikonova will be working in a backdrop that is familiar to her – she is a School of Visual Arts in New York grad and we measure her confidence level to be quite high by picking a project that will likely be a complete switch up in terms of tone. Here’s what her 2011 film looks like.: