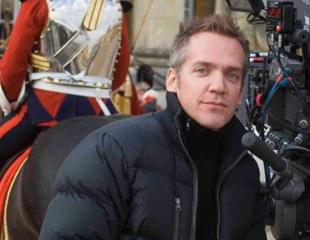 The on-and-off saga of The Dallas Buyer’s Club seems to finally have found some solid ground. 24 Frames is reporting that A-lister Matthew McConaughey is now attached to star in the movie and will be directed by C.R.A.Z.Y. and The Young Victoria helmer Jean-Marc Valleé. McConaughey joins a long list of bold faced names attracted to the project. For years, Brad Pitt made it well known he was interested in starring. Director Marc Forster (Monster’s Ball, Finding Neverland) was once set to direct. In 2002, Babel scribe Guillermo Ariaga penned a draft of the screenplay with Strike Entertainment, the team behind Children of Men, on board to produce. The project seemed to fade for a few years until 2008, when rumours that Ryan Gosling and his Lars and the Real Girls director, Craig Gillespie, had signed on, but again, they proved to be just rumors. Under Valleé’s direction, The Dallas Buyer’s Club will certainly continue McConaughey’s run into more serious fare, with dramas The Lincoln Lawyer and William Friedkin’s Killer Joe to be released this year.

Gist: The movie tells of Ron Woodroof, a heterosexual Dallas electrician who was diagnosed with AIDS in 1986, during some of the darkest days of the disease. Doctors gave him just a few months to live, but he refused to accept their prognosis. Instead, Woodroof created a smuggling operation for alternative treatments, then illegal, and got them into the hands of as many AIDS patients as he could. He wound up living six more years and saved or prolonged the lives of countless others.

Worth Noting: The film will be considered an indie, despite originally being a Universal property. “It’s not exactly the movie that studios are throwing money at these days,” McConaughey told 24 Frames. He seems to be confident he and Valleé are the team who will finally be able to get the film made. “It’s a great script and a great story,” he said. “And I think it can be a great movie.” There is also an outside chance that the project could move onto Focus.

Do We Care?: It’s great news for Jean-Marc Valleé as he continues his ascendance of Hollywood and now has the opportunity to direct a much-desired property with a big name attached. McConaughey, on the other hand, has a chance to once again demonstrate his dramatic credibility seen in films like Frailty, although his fan base will be more likely concerned with how the weight loss the actor will undoubtedly undergo will affect his signature physique.