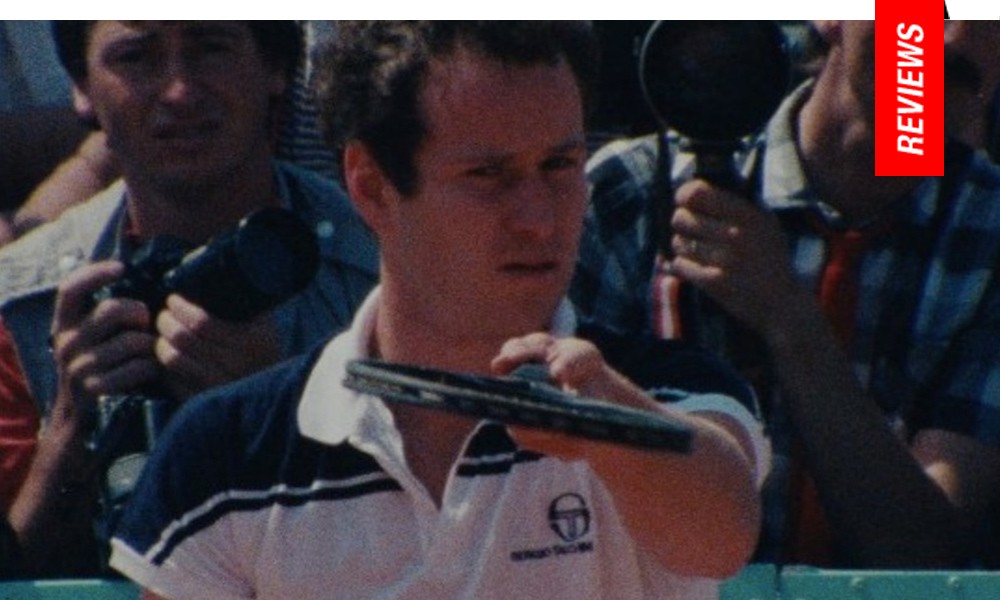 John McEnroe: In the Realm of Perfection | Review 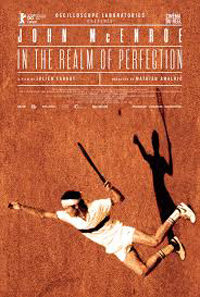 John McEnroe has been considered (and possibly always will be) one of the greatest tennis players to ever play the sport, still holding the world records for accumulated singles and doubles titles earned by a single player. He was the top-ranked singles player in the world at the time of his 1984 French Open match against Ivan Lendl, and the production crew capturing this on film had actually become as integral to the moment as the players themselves. Julien Faraut explores the career, talent, and violent temperament of McEnroe through a metacinematic visual essay, leveraging the quirk of making sports documentaries in the 1980s against the high tension of professional tennis. John McEnroe: In the Realm of Perfection is a highly contemplative yet levitous work, wonderfully utilizing the style and dedication of one athlete to be emblematic of the whole artform of filmmaking.

Initially showcasing the utter absurdity of early sports instructional films, the docu traipses the evolution of professional tennis in France being symbiotic with the evolution of their national sports documentaries. The final in a series of in-depth documents on several high stakes athletes in the early 1980s would conclude on McEnroe, playing and training his way to the French Open. The seams are always visible, as film crew are often present in many rushes appropriated (the original filmmakers had shot an inordinate amount of footage on McEnroe), slating each other’s footage with number cards from across the stadium. Clashes between the premiere athlete and the judges, referees, and even the crew are often punctuated by filmic references (such as The Godfather, Raging Bull, and Amadeus), mixed through turntablist editing.

This is a bizarre film, and that is meant in the best possible way. Its unique assembly and Herzog-esque tonal shifts enliven the experience to where even non-fans of sports will easily remain enraptured. It contextualizes the atmosphere of the sport by way of many interviewees being the original docu’s crew, giving the apparent absurdity of McEnroe’s meltdowns a legitimate face. This seemingly one-note man is given incredible depth and intelligence, yet enough is left unsaid that the film stops short of being too assuming; just as the Jean-Luc Godard quote states at the onset, “cinema lies, sport doesn’t.” Though there are many instances of clever manipulation on Faraut’s part, most of the credit simply goes to the original material, all of which is overly ripe with everything 1980s (from fashion and hair, to the endless landscapes of brand name advertisements).

There is distinctive emotional edge in the way Faraut offers up his film-to-life comparisons to McEnroe, all the while managing to maintain a realistic clinical handling of his subject (who is still living). This is a newer way to digest an old meal, and honestly could harken a change in the way sports documentaries should be approached. John McEnroe: In the Realm of Perfection is a taut, vibrant investigation through an usually overlooked (yet crucial) element of sports history, proving its own import as a benchmark cinematic experience.