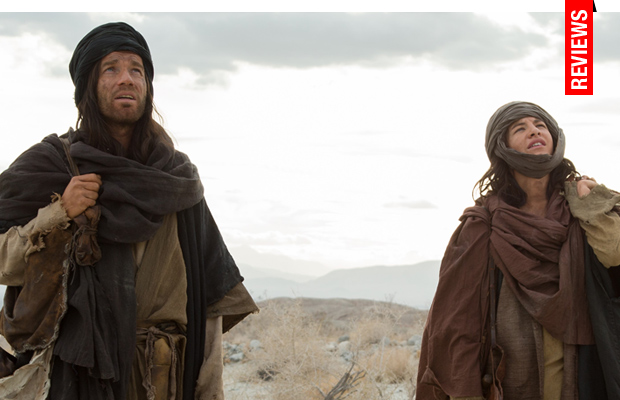 Just By Looking At It: Garcia’s Hollowed Jesus Flick 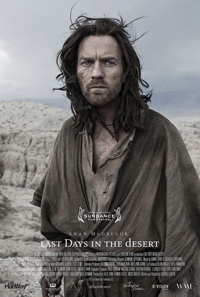 At one time an adept purveyor of what could loosely be termed the modernized ‘women’s picture’ with expert titles like Things You Can Tell Just By Looking at Her (2000), Nine Lives (2005) and Mother and Child (2009), director Rodrigo Garcia has gone off into more provocative territory following the stilted bauble, Albert Nobbs (2011). A reimagining (or perhaps, just imagining) of Jesus Christ’s forty days of fasting in the desert preceding the dreaded crucifixion provides the basis of the incredibly tedious Last Day in the Desert. Hardly made for the comfort of Christians yet so conservatively restrained that this representation would fail to invite or repel whatever deity with which it could have contended, Garcia is indebted to the talents of DoP Emmanuel Lubezki (who worked on Garcia’s first feature), who does for the rolling vistas of desert what he did with the inner workings of the theatrical stage in Birdman in that he brings an undeniable magic visualization to otherwise familiar haunts. Only, everything else in the film is as arid as the diffuse granules upon which it so solemnly rests.

Yeshua aka Jesus (Ewan McGregor) wanders through the desert, arguing with Lucifer, who appears in mirror image of himself to torment, tempt, and philosophize about his father’s big plan. On his way back to Jerusalem, it’s not long before Yeshua stumbles upon a Son (Tye Sheridan), who is stuck with his dying Mother (Ayelet Zurer) and emotionally distant Father (Ciaran Hinds). A family of stone cutters, the son is destined to live out a harsh and meaningless existence just like his father. They’re currently building the boy his own stone hut, but the boy’s mother wishes more for her son, and conversations about taking the boy back to the city with Yeshua remain on the table. Meanwhile, Yeshua becomes lodged between the father and son, who have difficulty communicating, not unlike how we’re led to believe Yeshua feels about his own father. Rather than move on, he stays to see what he can do for this family in need.

In the twin, yin-yang roles of Jesus and the devil, McGregor gives what can be described as engaging and committed performance, though this isn’t really the kind of dynamic we’re unaccustomed to, holy or not. Though a bit too old for the role, his accents, the English language, and eye color aren’t quite right for Mr. Christ, but McGregor does a fine job of making us forget that, from time to time. The same can’t be said for young Tye Sheridan and even a supposedly sickly Zurer, both with those distracting, impossibly nice pearly whites. Sheridan is saddled with the responsibility of Garcia’s weaker moments. A strange moment of flatulence may be oddly comical, yet twirling around in his cape in the dunes screaming “I’m a good son” is related unbelievably.

The generally crusty Ciaran Hinds is a nice touch as a father who is difficult to love. But Christ himself is outshined by the film’s superior sound design and the beautiful visual artifice, which turns San Diego into a believable Palestinian backdrop. Those looking for a serviceable exploration of this chapter from Christ’s life will surely be disappointed, while those impatient with this sort of posturing will most likely fail to get on board with Garcia’s noble yet hopelessly obtuse aim.