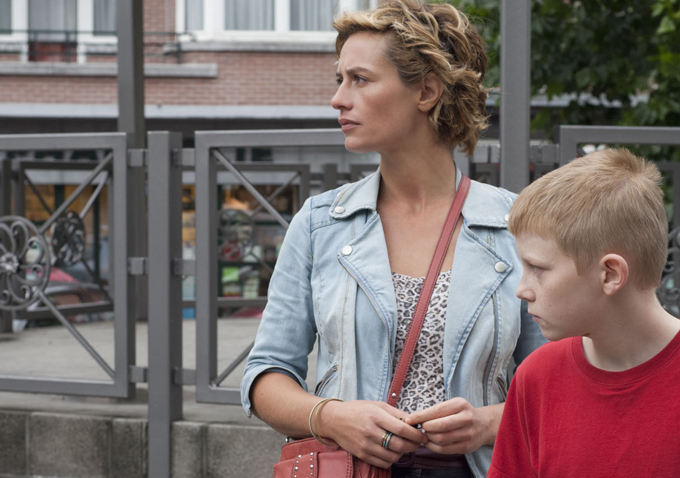 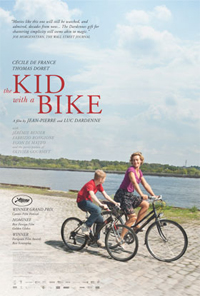 The latest movie from Belgian co-directors Jean-Pierre and Luc Dardenne is a unique combination of ethnographic observation and allegorical fable. After 11-year-old problem child Cyril is coldly abandoned by his father, he becomes torn between allegiances to a wolf-in-sheep’s-clothing local drug pusher and the maternal, unmarried hairdresser (Cecile de France) who agrees to take him in as a foster child. The tense story never strays far from the brink of tragedy: Will simple human kindness be enough to save Cyril from the threats and punishments of the outside world? Despite the one-dimensionality of its anti-patriarchal theme (appeasing the knee-jerk expectations of European film fest audiences), the Dardennes avoid cheapening the story with ideological smugness, achieving an emotional resonance without easy sentimentality.

The raw immediacy of Thomas Doret’s performance as the live wire Cyril, pinballing through a battery of false father figures, recalls Christian Bale in ‘Empire of the Sun.’ Cyril’s furious, unashamed need for love jabs like a blade (figuratively and literally) at the self-protective armors of the adults he encounters. With his myopic tenacity and street-smart ingenuity, Cyril is a real-world, hardscrabble foil to the romantic fantasy of Hollywood’s Tintin.

As Samantha, the beauty salon owner who makes increasingly profound sacrifices for Cyril’s sake, Cecile de France finds a convincing reality for a character who not only has the patience, but the mercy, of a saint. She hints at the emotional hollows driving Samantha into her relationship with Cyril, though thankfully the movie leaves her backstory a mystery. De France gives as unassuming a performance as you’re likely to see from an established film actress; Cyril is the movie’s only foreground figure, the adults are all embedded in the scenery. De France has no scenes apart from him, and hardly a single close-up. We see her as Cyril does; we only vaguely absorb her facial features; it’s her tanned, solid limbs, her sweaters and denim – what a child would be most drawn to – that later we recall most distinctly.

The Dardennes stumble with their use of score, which is sparing but unnecessary. A plaintive, swelling piece from Beethoven repeats briefly at intervals; it’s meant as an emotional halo for Cyril, but instead overwhelms the image. The music is caught between being a jarring alienation device and clumsy emotional manipulation. It’s a minor false step. In all other respects, the Dardennes are admirably undemonstrative. The shooting style is simple and unobtrusive, a selfless response to the rhythms of the characters.

‘Kid’ might be the Dardennes’ best movie, though they are still undeserving of the mistaken comparison to Bresson that their minimalist reflexes have occasionally earned them. Bresson’s radical simplicity was a process of subtraction, a stripping away of reality’s veils. The Dardennes, by comparison, aren’t visionaries; their simplicity, even as deftly handled as it is here, betrays only a lack of addition.

Continue Reading
Advertisement
You may also like...
Related Topics:Foreign Films, Jean-Pierre Dardenne, Luc Dardenne, The Kid With a Bike