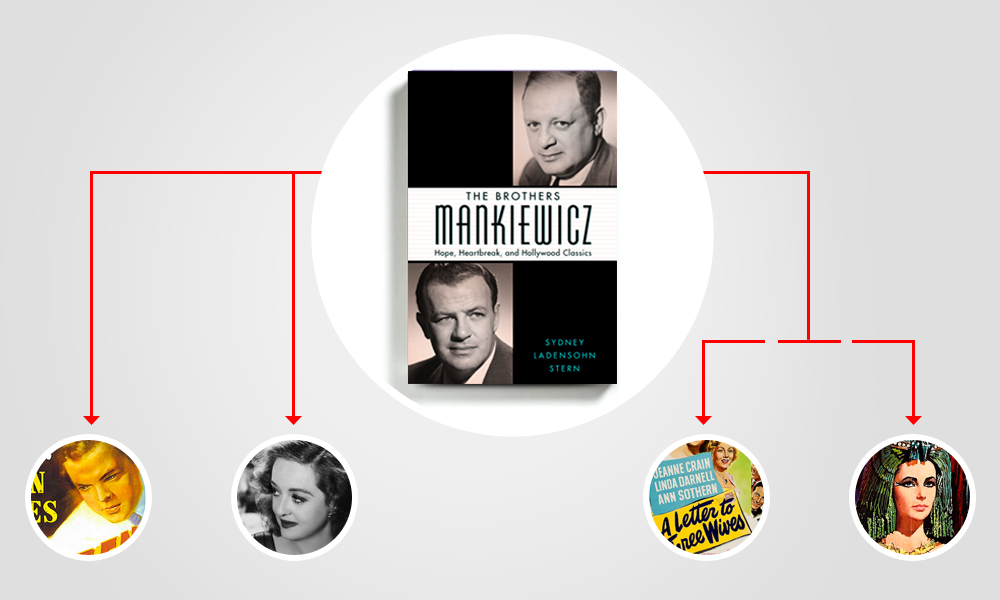 Published just in time for perusal before David Fincher’s film Mank (an exploration of writer Herman Mankiewicz’s troubled development and aftermath with director Orson Welles on the 1941 masterpiece Citizen Kane) is released, one can hit two birds with one stone reading The Brothers Mankiewicz: Hope, Heartbreak, and Hollywood Classics, the first conjoined biography of brothers Herman and Joseph L. Mankiewicz. Penned by Sydney Ladensohn Stern, who previously tackled toys with 1990’s Toyland: The High-Stakes Games of the Toy Industry as well as Gloria Steinem: Her Passions, Politics, and Mystique in 1997, tunes into the neglected appreciation of the Mankiewicz brothers, both of whom wrote and/or directed (at least) two of American cinema’s most iconic films.

While the output and success of Joseph L. Mankiewicz has allowed for continual and greater visibility, Stern’s most illuminating moments are tucked into the first segment of the book, which deals with older brother Herman. While both men were fashioned by the iron will of their father, it seems, Herman’s more tumultuous upbringing was reflected in the eventual drinking and gambling which would serve as his demise. Besides his writing of Citizen Kane (the drama of which is lightly attenuated here and we can bet Fincher and Gary Oldman will be delivering a much more impassioned look at the stand-off between Mankiewicz and Welles), the key moments of interest pertain to projects he simply couldn’t get off the ground, such as a long-gestating project meant as a satire on Hitler, The Mad Dog of Europe. But Herman eventually disappears quietly into the shadows of Joseph, even in Stern’s dual biography.

Both bouncing between studios and engaged in curious relationships with each of those respective magnates of the film industry, the illuminating portions for Joseph Mankiewicz, besides detailing his various relationships and affairs, regard his initial ascent as a producer and writer, who like many of the now anointed auteurs, desired to have complete control of his creative output. Early vehicles for Joan Crawford aside, Joseph L. Mankiewicz’s own story finally picks up steam with 1949’s A Letter to Three Wives.

Stern’s most noteworthy contributions to the brothers regards Herman’s struggles prior to and following Citizen Kane, while Joseph’s All About Eve and the troubled Cleopatra are afforded the most energy and detail. But Stern tends to play it safe with prose which seems as if it were designed to please the Mankiewicz heirs, lightly criticizing extracurricular behaviors and sticking to somewhat sanitized versions of Hollywood lore (for instance, multiple sources have a variety of interesting truths about Spencer Tracy and Katharine Hepburn, so perhaps something like Scotty and the Secret History of Hollywood might shed light on conflicting accounts of peripheral personalities Stern references).

For aficionados of Citizen Kane and Cleopatra, Stern’s dual biography will likely hold higher interest. But a whole slew of Joseph L. Mankiewicz’s filmography gets a short shrift, from his 1946 debut Dragonwyck and House of Strangers (1949), to a rather unenthusiastic account of 1959’s Suddenly, Last Summer, a film with such subversive subtexts it’s own recuperative examination is more than justifiable. 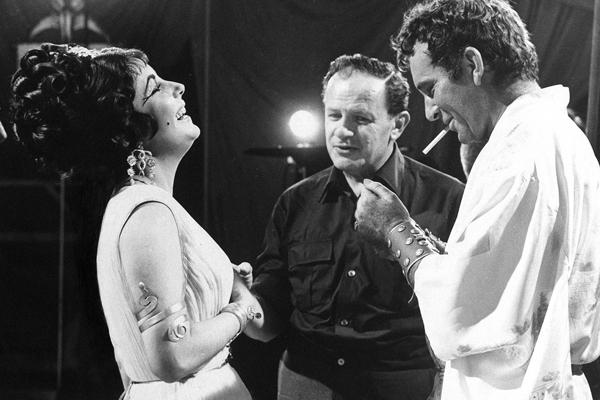 The Brothers Mankiewicz serves as a routine, if somewhat dry saga of two brothers who contributed to the furthering of progressing cinematic language. As such, it’s a novel introduction for those who are unfamiliar with either of them, but for those already well-versed with their respective output, the text serves as an impetus to drive one back to watching items from both of their filmographies.