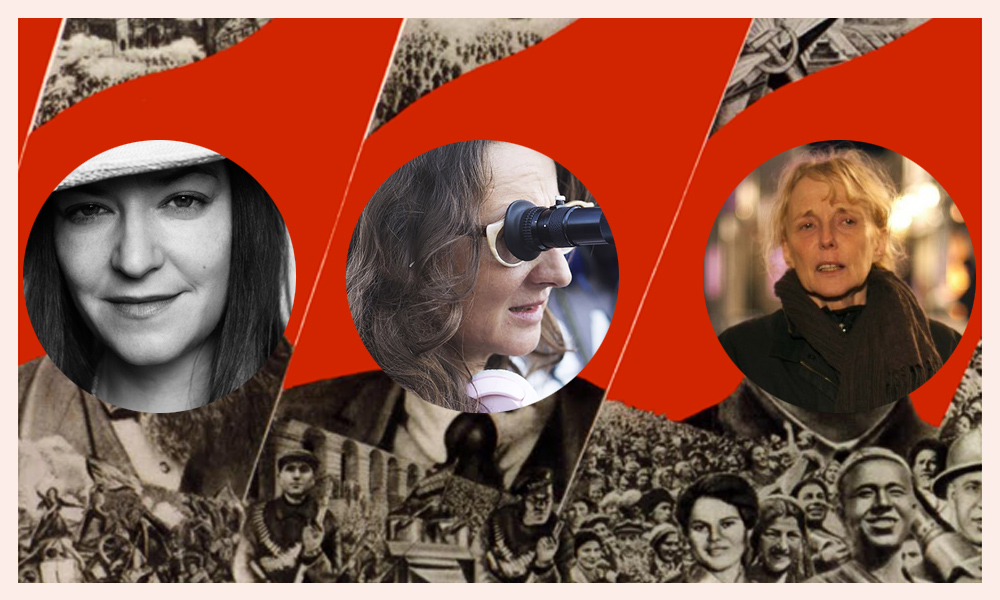 IONCINEMA.com’s Top 3 Critics’ Picks offers a curated approach to the usual quandary: what would you recommend I see in theaters this month? Associated with renewal and growth, the month of April is offers us internationally renowned filmmakers sprouting outwards and into new narrative interests and territories. As we all recall, Lynne Ramsay‘s fourth feature film gave the Cannes 2017 competition the much needed jolt and we actively wondered for several months as to why Amazon kept this masterwork from awards season. While Ramsay got acquainted with thriller genre, Lucrecia Martel delves into non contempo scripture and Claire Denis proves that she has more genre aspirations with the funny bone antics found in the Juliette Binoche starrer. Here are our top 3 suggestions:

“You Were Never Really Here not only turned out to be the best film in the official competition, this 88-minute nervous breakdown of a movie provided just the jolt this Cannes needed.” – Bilge Ebiri for Village Voice

“The film also benefits from a tremendous electronic score by Jonny Greenwood. His propulsive music captures the heartbeat of a city at night ,while all the jagged edges and discordant notes perfectly match the emotional turmoil of the central character. In choosing such sympathetic collaborators, Ramsay has managed to enhance and translate her singular vision into a hugely compelling feature.” – Allan Hunter for Screen International

“Building on the nostalgic essence of the oft mimicked era of New American Cinema, this mostly dialogue free exercise is laced with themes of awakening and atonement in a fretful world filled with pain, heartache, and the ultimate reality of our expendability.” – Nicholas Bell for IONCINEMA.com

“For a film set expressly in the 18th century, the end of the world feels surprisingly nigh in “Zama” — but if we accept “colonial dystopia” as a viable atmosphere, it’s hard to imagine any filmmaker conjuring it better than Argentinian master Lucrecia Martel. ” – Guy Lodge for Variety

“Audaciously, Martel refuses to provide date or a location, let alone any handy background information. She’d rather set us down at the water’s edge and leave us to find our own way from there, mixed in amid the other colonialists and settlers who cling to this desolate lip of the land, sweating buckets beneath their periwigs.” – Xan Brooks for The Guardian

“Expert sound design (Guido Berenblum) enhances Zama’s enveloping aural accents, which includes a pronounced queasy tremulation during moments when Zama is overwhelmed by certain moments of stimulation and despair. If Zama is an exercise in playing witness to hopelessness and restlessness, it results in anything but, and is further evidence of Martel’s visionary talents.” – Nicholas Bell for IONCINEMA

***
Let the Sunshine In – Claire Denis
April 27th – Limited Release
Distributor: Sundance Selects (official site)
Fests: 2017 Cannes Film Festival, 2017 New York Film Festival “Perfectly small rather than slight, and radiantly carried by Juliette Binoche — in a light-touch tour de force to be filed alongside her work in Kiarostami’s “Certified Copy” — this turns out to be a subtler departure than it outwardly appears for Denis, most evoking her other Parisienne drifting-hearts study, “Friday Night,” in its bittersweet tone.” – Guy Lodge for Variety

“Essentially a comedy, of a very elegant and mercurial nature, this disquisition of ‘what a woman wants’ may strike some viewers as too quintessentially French for belief, being a sometimes prolix exploration of sexuality and social mores, while a fragmented structure will confound anyone hoping to follow the protagonist through the coherent minor key romcom that Denis at times seems to promise. ” – Jonathan Romney for Screen International

“Effervescently calibrated, Let the Sunshine In drinks Binoche in at every frame, and DP Agnes Godard positions her in tight close-ups which not only accentuate her beauty, but a myriad of emotions ranging from boredom to raging, throbbing insecurity.” – Nicholas Bell for IONCINEMA.com